Former Munster forwards Jason Jenkins and Thomas du Toit have been named in the South Africa 'A' side for Thursday’s game at Páirc Uí Chaoimh.

There are 14 internationals in the match-day 23, with Du Toit captaining the side after he and Jenkins were drafted in from the Springboks squad.

Ex-Munster coach Rassie Erasmus will be absent for the sold-out clash in Cork, however, having instead travelled with the senior side to France ahead of Saturday’s game against the Six Nations champions.

Jenkins, who has impressed for Leinster since joining from Munster last summer, partners Ruan Nortje in the second row while Sharks flanker Phepsi Buthelezi is the only uncapped player in the pack.

Jean-Luc du Preez starts at No 8 after he was called up on Sunday, with his twin brother Dan named on the bench.

Johan Goosen, who started at out-half in the Vodacom Bulls' loss to Munster at Thomond Park last month, forms a half-back partnership with Herschel Jantjies while Cell C Sharks flier Aphelele Fassi is selected at full-back.

South Africa ‘A’ coach Mzwandile Stick said: "Munster are one of the top club teams and they balance their physicality with exciting backline play, so we are going to be tested thoroughly.

"That said, we have named an equally exciting team and we have a number of leaders in core positions.

"Every one of our players will also want to make the most of this opportunity to throw their names in the hat for World Cup selection, which will serve as an extra motivational factor to showcase their talent." 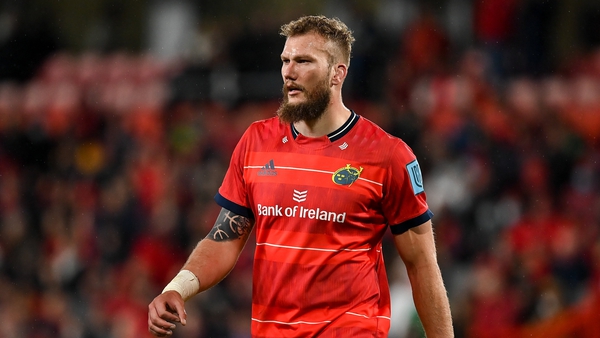