Graham Rowntree's side produced their most rounded performance of the season against the Vodacom Bulls, securing maximum points in a 31-17 win in Limerick.

The rugby on display wasn't quite fitting with the fireworks lighting up the sky behind the Ballynanty terrace throughout the opening half, but on a night where conditions were so difficult, it just needed to be efficient. Thankfully for the 12,218 in attendance at Thomond, it was.

From the opening minute, their attitude was on the mark, driven by scrum-half Craig Casey who dictated the pace of the game, while Joey Carbery looked far more assured than his two earlier appearances this season.

Their Emerging Ireland contingent also made an impact; Shane Daly impressing at both wing and full-back, while Thomas Ahern and Jack Crowley made significant contriobutions off the bench.

After grinding their way through the opening quarter, they struck for two Gavin Coombes tries to give themselves a 14-point lead at the break, and a Jeremy Loughman try just after the restart eased fears of a fourth defeat in five games.

Tadhg Beirne’s bonus-point try gave them the buffer to see out a badly needed win, and although they conceded two sloppy second half tries, they defended with determination in the final 10 minutes to deny the Bulls a losing bonus-point of their own, and seal a vital victory ahead of next week’s trip to Leinster at the Aviva Stadium. 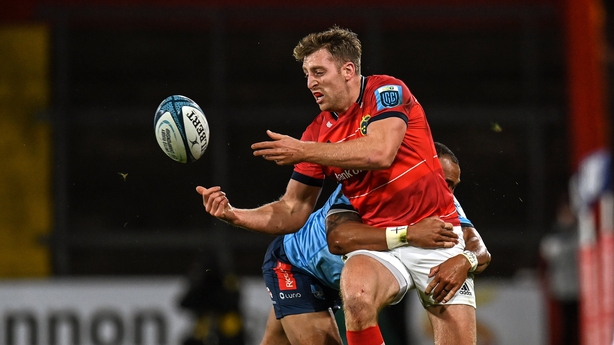 They came close to a try inside five minutes,Casey a whisker away after taking a quick-tap penalty off the back of a scrum, only to be held up by Johan Goosen's excellent tackle on the line.

The early energy was good. Edwin Edogbo, in particular, made his presence felt in the first 10 minutes, while they harried the Bulls into a couple of mistakes at the lineout.

It was the visitors who took the lead in the 11th minute though, Goosen sending a penalty kick between the posts, after Gavin Coombes caught Kurt-Lee Arendse with a high tackle.

The intent from Munster was there, particularly from Casey, who looked to move the ball as quick as possible against the big South African pack. And while the execution still looked to be eluding them, they were facing a Bulls side who were equally sloppy.

The home side leveled the scores on the 20-minute mark, a sustained period of possession around the 22 rewarded with a penalty straight in front of the posts, which Carbery converted to make it 3-3.

Munster were getting a firm grip on the game, and as the minutes went by, the passes started to stick. A lovely link-up between Liam Coombes and Beirne punched a hole in the defence, before they moved it wide where Nash chipped down the wing, and a relentless kick-chase forced a five-metre scrum. 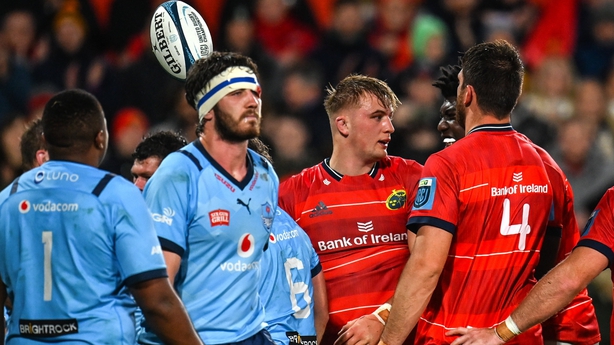 Gavin Coombes thought he had scored off the back of the setpiece, only for referee Mike Adamson to rule it out, but the number 8 wasn’t to be denied on 30 minutes, burrowing over for a try after Beirne and Loughman had been stopped just short of the line.

Carbery converted, to push his side 10-3 in front and it was his quick thinking shortly after that provided the platform for the second of Coombes’ tries.

The out-half punched a brilliant 50:22 to within a few metres of the tryline after spotting a gap in the backfield, and while the Bulls disrupted the lineout, the ball fell back on Munster’s side, with Coombes driving over to score after a number of tight phases.

Carbery’s conversion made it 17-3, and it took some stout defending for them to hold onto that lead until the half-time whistle.

Successive penalties gave the Bulls a kick to the corner, and after holding form in the maul, Carbery led by example with a big tackle on lock Harold Vorster, before great line-speed forced the visitors into a knock-on which ended the half, Munster’s best 40 minutes of the campaign to date. 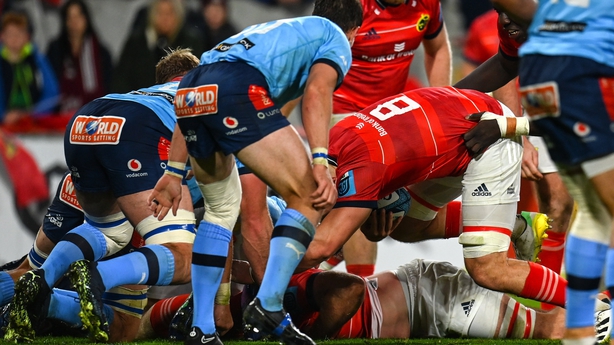 The home side lost Nash at half time, the wing having suffered an ankle injury after what had been a solid first 40 minutes, with Jack Crowley called from the bench, slotting in at full-back.

They extended their lead further on 43 minutes, and while there was an element of fortune to Jeremy Loughman's try, it was the type of luck that had deserted them in the opening four games of the season.

A loose Bulls kick found its way to Carbery on the wing, with his chip back infield seemingly posing no danger to the defence. However, Chris Smith, only on the field since the half-time break, fumbled the ball under no pressure, as Loughman jabbed the ball over the line with his foot before diving on it to score.

The score was 24-3 after Carbery landed the conversion, and the task facing the Bulls grew even larger on 47 minutes when tighthead Mornay Smith was sin-binned for a late, no-arms tackle on Crowley. 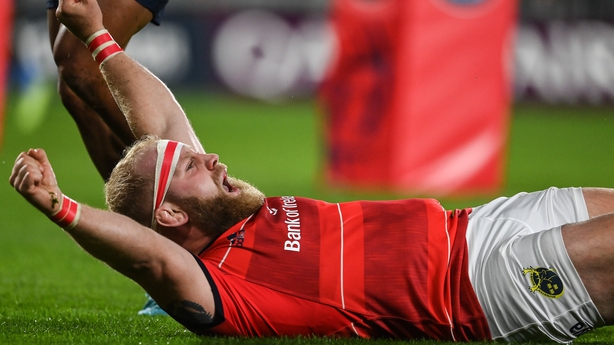 Jake White’s side got a lifeline on 50 minutes though, a momentary lapse in concentration allowing David Kriel to break through from midfield, and after quickly recycling the ball, flanker WJ Steenkamp dived over for their first try, which Smith converted to make it 24-10.

The comeback never looked likely though, as Munster continued to play all the rugby, and in the right areas of the pitch.

Just after the hour mark, they landed the knockout blow, Beirne crashing over for their bonus-point score - their first such bonus-point of the campaign.

Their 31-10 lead was instantly cut back to 31-17 though, the Bulls breaking from their own 22 to score a second try, after the ball popped out the side of a ruck, Kriel the man to run the length of the pitch. 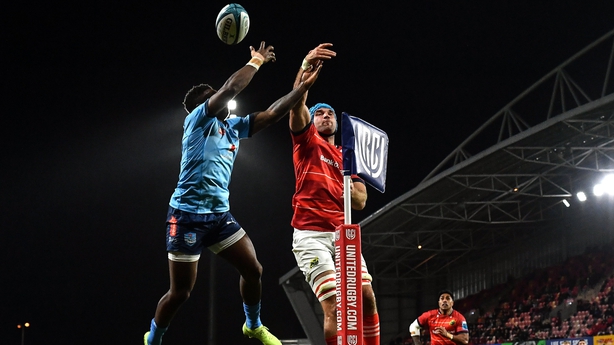 The score brought with it an instant wave of tension, as Bulls suddenly got on a run.

However, despite spending the final 10 minutes inside their own 22, Rowntree's side didn't let the pressure swallow them, making tackle after tackle to eventually force a Bulls error, and bring up the final whistle, for a vital victory. 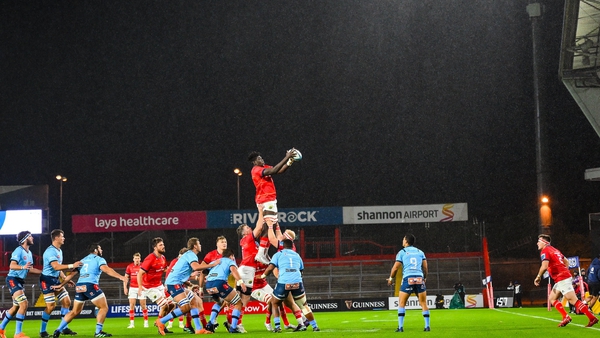