Worcester face liquidation at the High Court in London on Wednesday in a development that is expected to initiate an exodus of players from Sixways.

HM Revenue and Customs is pursuing the Warriors for unpaid tax in the region of £6m and is to press ahead with the winding up petition knowing the club is in no position to clear the debut.

While Worcester are in administration, the company that holds player and some staff contracts - WRFC Players Ltd, a subsidiary of WRFC Trading Ltd - is still operational and is the subject of HMRC's action.

Unless the High Court opts for an adjournment, WRFC Players Ltd will be wound up in a move that will see the contracts terminated.

Ted Hill, Ollie Lawrence, Fergus Lee-Warner and Valeriy Morozov have already joined Bath on loan and others will follow them out of the door having become unemployed, joined by members of staff.

Because they had not been paid for September, all players were able to leave on 14 October anyway, meaning that liquidation has simply brought their departure forward by nine days.

Administrators Begbies Traynor are seeking a buyer for WRFC Trading Ltd and are talking to two consortiums, but any successful takeover will bring with it the urgent task of rebuilding the squad.

Worcester's matches against Gloucester and Harlequins were cancelled on Monday and while they remain suspended from all competitions, they could be restored to the Gallagher Premiership if a buyer is found by the middle of this month.

No definite decision on relegation has been made by the Rugby Football Union and Premiership Rugby, although the chances of continuing in the top flight appear remote considering the lack of time to agree terms with new investors.

Worcester owners Colin Goldring and Jason Whittingham have become deeply unpopular figures among players, staff and fans for allowing the club to sink into such a precarious position.

The duo have also been mocked for appearing to blame the squad and supporters for the crisis that has engulfed Sixways in an extraordinary statement issued on Friday. 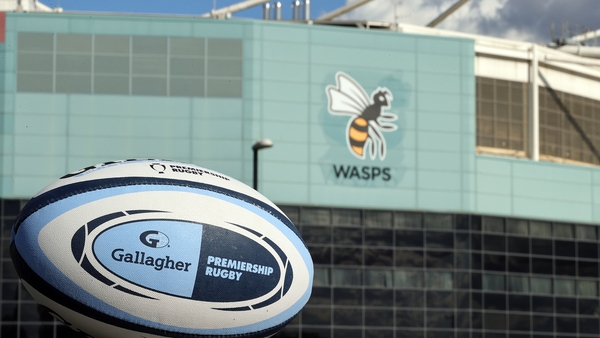