Simon Easterby says he's wary of the compromises that the four Irish provinces have had to make for his upcoming Emerging Ireland tour to South Africa.

The Ireland defence coach will assume head coaching responsibilities for the three-game tour of South Africa in the coming weeks, after naming a 35-man squad earlier today for the games against the Griquas, Pumas and Cheetahs between 30 September and 9 October.

The squad are due to meet for a mini-camp in Dublin on 23 September, before flying out to South Africa two days later, meaning they will miss three rounds of games in the BKT United Rugby Championship for their provinces.

The 35-man squad is split with 11 from Leinster, 10 from Munster, nine from Ulster and five from Connacht, although it's Ulster and Connacht who are likely to feel the pinch hardest.

Connacht will lose first team regulars Caolin Blade and Cian Prendergast, while Rob Baloucoune, Ethan McIlroy and Nathan Doak are among the Ulster contingent who will be absent for three league matches.

However, Easterby (below) says the squad was carefully selected so as not to impact one province too heavily.

"There's been dialogue right through with Andy and the provincial coaches in particular, discussing players, discussing their needs, our needs," he said. 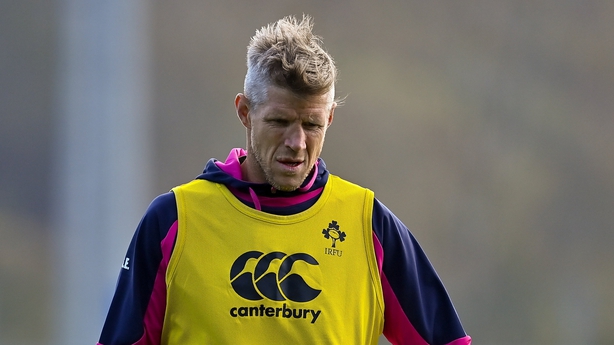 "Looking at the bigger picture, the short to longer term is that this year presents itself with not just the three games in South Africa, but there's an Ireland A game against a New Zealand XV in the autumn, three Tests in the autumn, the Six Nations and then the pre-World Cup warm-ups, so there's not that many opportunities to expose players to the environment and fine out a little bit more about certain players. With that in mind, we also have to feel like we're not ripping the heart out of the provinces, and taking too many players in one position."

And the Ireland assistant admits it's possible the squad could change between now and next week, should one of the province's suffer an injury and need cover in particular positions.

"I'm sure there will be discussions along the way, injuries will inevitably happen throughout the next couple of weeks, and we have to be ready to be flexible and compromise as the provinces have in allowing us to select this team.

"I think that will be a discussion we'll have along the way, like it always is. There is always discussions about players, about what the provincial needs are versus what we feel are our needs, and those discussions happen weekly within the provincial and national setup. That won't change across the next few weeks.

"There has been dialogue going in for some time about this, this trip to South Africa. Again, it comes down to some individual conversations about individual players, the wider context for us is that we're trying to build that depth in the squad for us as a national team, to do that, we need time with the players.

"We've tried to be as flexible as we can be. There's always going to be question marks about certain selections because of that but we feel there's been a good dialogue throughout this process. Hopefully, we've come to a position where we've not disrupted things too much."

While many of the 35-man squad have featured minimally for their provinces in recent seasons, four of the group have Test caps for Ireland, with a further five having been involved in Irish camps, either as part of the main squad or as development players. 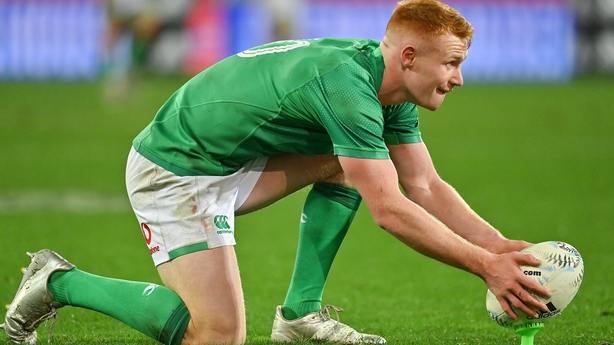 One of the more high-profile selections is that of Leinster's Ciarán Frawley (above), who has been named alongside Jake Flannery and Jack Crowley at out-half, despite having played the bulk of his rugby with Leinster in the centre.

The Skerries native featured twice at 10 for the non-cap Ireland XV in their summer tour games against the Maori All Blacks, with many believing it to be his best position long-term.

"There has to be a degree of flexibility," Easterby added.

"We feel Frawls has the potential to lead in a number of different positions. Obviously, he has played 12 a fair bit for Leinster but we see him, which he did in the Maori weeks, as being a guy who can lead from the front at 10, and lead a week.

"He'll be asked in the next few weeks to do a slightly different role to what he did in New Zealand because he had lots of senior players around him. We feel he has the ability to step up and front the week, lead the week, as someone like at the extreme, Johnny Sexton does week in, week out and has done for a number of years.

"Giving those players like Frawls the opportunity to put himself at the forefront of a week, lead it, take the team to a performance at the weekend in that position at 10, is crucial for us. We're still finding out a little bit about Frawls and the way he can play. 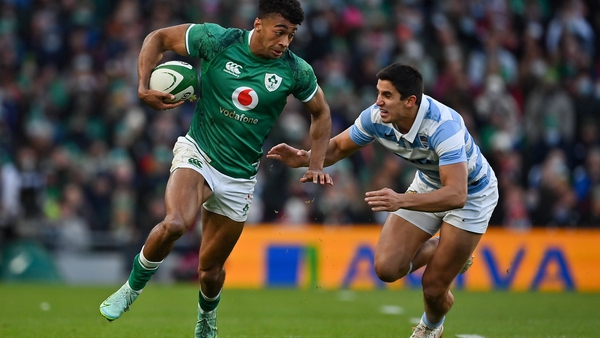