Connacht's quest for consistency continues as they prepare for a daunting start to their BKT United Rugby Championship campaign.

Andy Friend’s side face all three provincial rivals in the opening five rounds along with away days against last season’s Grand Finalists, the Stormers and Bulls.

A good start is vital if Connacht are to challenge for a top-eight spot and while they remain capable of beating any side in the URC, those victories have always tended to be one-offs.

Last season was its usual mixture of peaks and troughs. Connacht beat the Bulls in Galway only to lose at home to the Dragons eight days later, while a big win over the Stormers in February was followed by heavy losses against Edinburgh and Leinster, conceding 101 points across the two games.

With Friend promoted to director of rugby as part of a coaching restructure, Peter Wilkins has stepped up to head coach but he will also take primary responsibility for defence, an area that requires marked improvement. Connacht had the sixth-worst defence in last season’s URC, shipping 67 tries in 18 matches, almost double that of Munster and Ulster.

Connacht finished with a 50% win rate in the URC with five of their nine victories coming in Galway, while they ran also riot against Ulster in the match that was moved to the Aviva Stadium.

There were five defeats on home soil in all competitions, however, and Connacht will hope the new 4G pitch at the Sportsground will both complement their attacking approach and improve that win ratio, as results on the road have been sporadic.

Connacht were the first Irish province to win in South Africa, taming the Lions at Ellis Park last April, but that was one of just three away victories last season. They were punished late on at Munster – and Leicester and Stade Francais in Europe – as their failure to close out games became a worrying trait.

There were some positive signs in pre-season, with Connacht’s driving maul troubling Sale in Athlone. They have also recruited smartly to replace the likes of Ultan Dillane and Sammy Arnold, with Josh Murphy one of four players to move west from Leinster.

A lopsided fixture list does at least present a favourable run-in. Four of Connacht’s final six games are against sides who finished below them in last season’s standings, plus Edinburgh and Glasgow.

Provided they get through the first half of the campaign in reasonable shape, a big ask considering they play six Interpros in their first 11 matches, Connacht will fancy their chances of making a late surge for the play-offs.

Last season: 11th in United Rugby Championship (W9, L9) and bottom of Irish Shield. Beaten by Leinster in Champions Cup round of 16

.@ConnachtRugby captain Jack Carty tells @neil_treacy he is "touch and go" for the start of the new #URC season as he recovers from wrist surgery - and hopes to add to his 11 Ireland caps this November. #RTERugby pic.twitter.com/5zKt9Y6e0x

Key player: Connacht need captain Jack Carty fit and firing if they are to make hay on their new Sportsground surface. The out-half’s attacking instincts keeps defences guessing but he also possesses a strong kicking game to ensure his side are playing in the right areas. Having suffered a number of late collapses last season, Carty must display a calm head to help Connacht close out victories.

One to watch: Andy Friend has a pretty successful record when it comes to signing players from his native Australia and all eyes will be on the latest recruit from Down Under, Byron Ralston. The former Australia U20 international, who is also Irish-qualified, scored seven tries in 22 Super Rugby appearances for Western Force and also helped the Perth side win the National Rugby Championship in 2019. The 22-year-old can play on the wing or at centre.

Players in: Peter Dooley and Josh Murphy bring power and experience to the Connacht pack, with Ireland international Adam Byrne and David Hawkshaw also moving west from Leinster. Byron Ralston and back rower Shamus Hurley-Langton arrive from the southern hemisphere with Grant Stewart signed on a short-term deal to provide additional cover at hooker, with Shane Delahunt sidelined due to injury and Dave Heffernan a regular in Ireland squads. 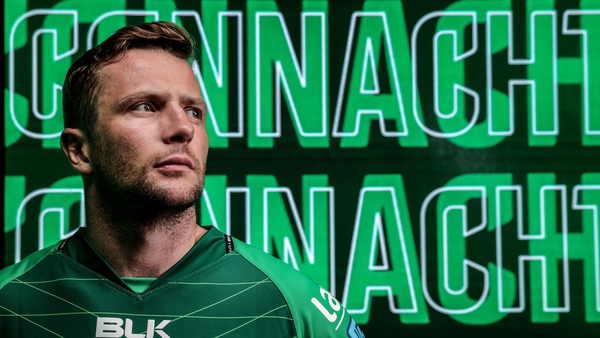