Ian Foster could be about to discover the dreaded vote of confidence is not exclusive to soccer.

Just two weeks after receiving the backing of the New Zealand Rugby board, Foster heads into Saturday's Rugby Championship rematch against Argentina with his job on the line.

Six defeats in their last eight games, three losses in a row on New Zealand soil; these are crisis times for the All Blacks. The four-try victory in Johannesburg that earned Foster a stay of execution has already been forgotten.

Argentina will leapfrog New Zealand in the world rankings for the first time if they secure back-to-back wins in Hamilton, while also condemning their hosts to a new ranking low of sixth.

With around ten games between now and next September's Rugby World Cup opener against France, time is running out for NZR if they are to make a change.

Scott Robertson is being touted as the next man in line but there is a more straightforward replacement, one which has surprisingly gained little traction in New Zealand. Someone who is already on the national coaching ticket and has a proven record of success at international level.

Joe Schmidt has been reluctant to accept a hands-on role since returning home following his 12-year stint in Europe and is believed to have taken some convincing from Foster to come on board as attack coach. But it was his appointment, coupled with the backing of some senior players, that kept Foster in the job when the All Blacks returned from South Africa.

Axing Foster still won’t go down well with those same players, but they may be more appreciative if his successor is someone who backed the embattled coach in the first place.

While Robertson remains the fans’ favourite, having transformed the Crusaders into the dominant force in Super Rugby, his recent comments of being "open to offers" from abroad – while contracted to NZR – have not gone down well at boardroom level.

Schmidt's low-risk, attritional style while in charge of Ireland yielded three Six Nations titles and two historic wins over New Zealand. It might not be a long-term option for New Zealand and their ageing pack, but it could offer a solution for the short-term with France 2023 quickly coming into focus – and a potential quarter-final against Ireland.

Schmidt is currently tasked with sparking life into a New Zealand attack, with the rudderless display against Argentina highlighting how big a job that is. Watching the Pumas wreak havoc at the breakdown would have been tough viewing for someone who places so much importance on accuracy around the ruck.

New Zealand remain a threat on turnover ball but their phase play has been ponderous and requires significant improvement. Having had another week to work with the squad, don't be surprised to see one of Schmidt’s famous strike plays off set-piece in Hamilton.

Schmidt’s Ireland were criticised for their lack of an offloading game, which has been a traditional strength for New Zealand, but the All Blacks have struggled in this area this year. They managed four against Argentina and 13 across three Tests against Ireland. They only time they hit double figures was in last month’s win in South Africa.

Whether Schmidt can transform their fortunes in such a short time period remains to be seen, but the early signs are encouraging.

The New Zealand players have spoken positively of Schmidt’s impact, with Jordie Barrett saying the 56-year-old has already "stamped his mark in a couple of areas", while they have also "had a few sessions in the classroom".

Foster will hope the squad have taken those learnings on board. He has named an unchanged starting side for Saturday’s game, backing the same players to atone for last weekend’s loss. If they again fail to repay Foster’s faith it will surely spell the end of his reign.

Should Foster depart, NZR need to move quickly, with the first of back-to-back Bledisloe Cup fixtures against Australia on 17 September. Do they gamble on Robertson or opt for an oven-ready replacement who has already forged a relationship with the players?

It's time for the New Zealand public to start talking about Schmidt. 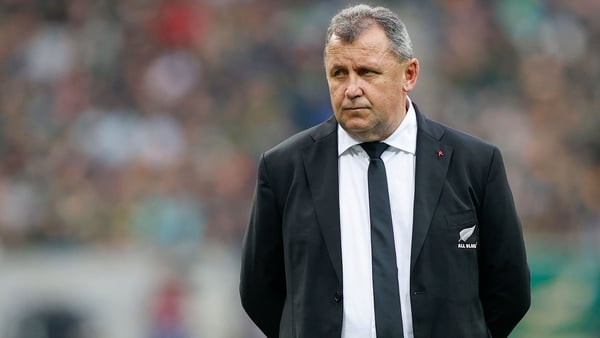