The IRFU have confirmed Simon Easterby will lead an Emerging Ireland squad for a three-match South African tour this autumn.

A 35-player squad will face this year's Currie Cup finalists, the Griquas and Pumas, and former Pro14 side the Cheetahs, with all games taking place in Bloemfontein.

The IRFU said the squad will include players who have impressed for the Ireland Under-20 side in recent seasons.

Easterby has been appointed as head coach and will be assisted by Paul O’Connell, Mike Catt and John Fogarty.

"The growth we witnessed in the less experienced players in New Zealand over the four weeks was incredible to see," said Easterby.

"The two Māori fixtures were invaluable in broadening our talent pool ahead of RWC2023 and the coaching group see this as another opportunity to increase the depth of talent available to the national squad ahead of the World Cup in France and beyond."

Emerging Ireland will open their tour against the Griquas on 30 September before further games against the Pumas and Cheetahs on 5 October and 9 October respectively.

The tour clashes with three derbies in the United Rugby Championship, including Ulster’s home game with Leinster on 30 September.

David Nucifora, the IRFU’s performance director, said: "This opportunity presented itself quite late but the drawn Series against the Māori All Blacks in July highlighted the value of exposing less experienced players to the rigours of an international set-up and the benefit that can be garnered from a challenging touring environment and exposure to the national coaching group.

"This tournament will provide a significant development opportunity for a group of talented young players."

All games to be played at Toyota Stadium, Bloemfontein 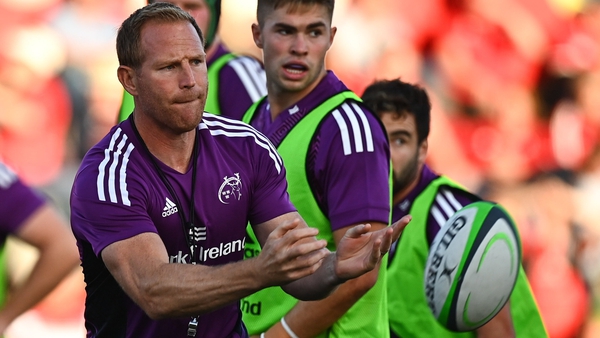