A 21-7 defeat of Samoa saw Australia seal top spot in the standings after defending champions South Africa failed to reach the quarter-finals.

Australia also wrapped up the women's world championship in May.

"It's been a pretty amazing run," said men's coach John Manenti. "It's very special and certainly nice to have the double."

The win was a redemption of sorts for Australia's men, who missed out on a Commonwealth Games medal at Birmingham and also disappointed at last year's Tokyo Olympics, where they crashed out of the quarter-finals.

A day of drama and history 🏆

The squad's culture also came under scrutiny after several players were reprimanded for damaging their rooms at the Olympic athletes' village and for drunken behaviour on their flight home from Tokyo.

Governing body Rugby Australia slashed the squad's funding after the Olympic failure and required coaches to reapply for their jobs.

A job switch between former men's coach Tim Walsh, now in charge of the women's team, and former women's coach Manenti has worked wonders for both squads, however.

Under Walsh, Australia's women took gold at Birmingham, beating Fiji in the final.

Australia's men won only one of the world series' nine events compared to South Africa's four but Manenti's side were consistent throughout, reaching the podium six times.

They finished with 126 points for the series, two ahead of South Africa, with Fiji coming third (122 points).

New Zealand, who eliminated Ireland in the quarter-finals, finished eighth in the series after missing the first four events due to Covid-19. 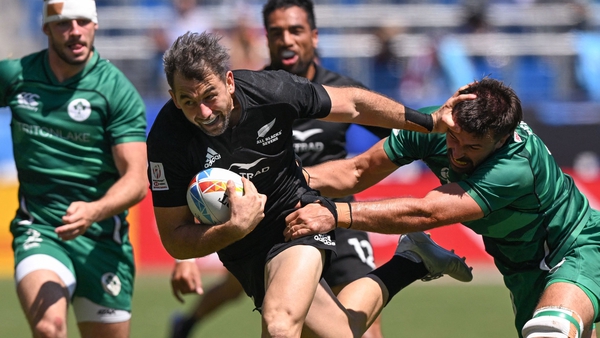