Australia players refused to weigh into the controversy swirling around team-mate Nic White after the scrum-half was accused of milking a yellow card in their Rugby Championship win over South Africa.

With South Africa on the offensive late in the first half at Adelaide Oval, White was slapped in the face by Faf de Klerk at the back of a five-metre scrum and slumped to his knees.

With an incredulous De Klerk off the field, Australia fended off South Africa to half-time and ended up winning 25-17.

World Cup-winning former South Africa captain John Smit tweeted that White had "killed a little piece of rugby's soul" while former Springboks flyhalf Butch James said it was an "absolute disgrace to the game that a player can behave like that".

Asked on Monday about the incident, Wallabies full-back Reece Hodge was reluctant to discuss it.

"I think you'll have to ask Whitey about that one. I didn't see it too well, to be honest," he said.

Pressed on whether referees needed to stamp out "diving" or "play-acting" in matches, or whether it was now part of the game, Hodge said it was up to match officials to decide.

"We just play the game and leave it up to the officials and the refs to deal with anything that they see in terms of the game."

Australia centre Len Ikitau also steered clear when asked whether he was concerned White might not be protected by officials in future if infringed upon due to the fierce South African backlash.

The teams meet again at the refurbished Sydney Football Stadium on Saturday. 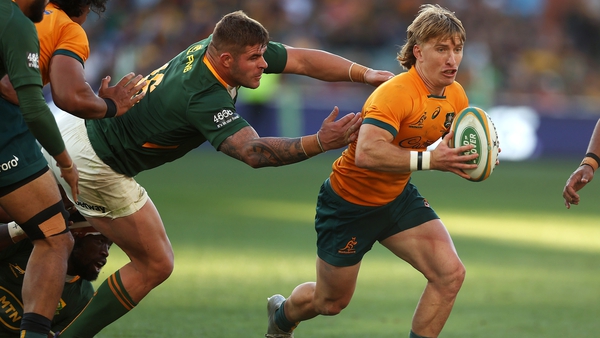 Australia bounce back to down Springboks in Adelaide