James Lowe says he expects Leinster's latest recruit Charlie Ngatai to "light it up" when the United Rugby Championship kicks off in three weeks time.

The one-cap All Black arrives in Dublin following four seasons in the Top 14 with Lyon, whom he helped win a European Challenge Cup earlier this year in Marseille.

Primarily a centre, the 32-year-old can also cover full-back, and is likely to be a consistent presence in their URC side at the very least, on account of their hefty Irish international contingent.

Ngatai's move to Dublin reunited him with Lowe, after the pair played together for the Chiefs in Super Rugby between 2014 and 2017.

And the Ireland international has backed the former All Black to make an instant impact in blue.

"I was fortunate enough to play with 'Chis' for a couple of years before he went on," Lowe said, following Leinster's open training session at Longford RFC on Thursday.

"He's a legend of a bloke, a huge family man, four kids, a crazy household, but he's a very, very good rugby player and I think he'll be an awesome asset for us.

"He's a bit of an older head now, the game intrigues him, he'll always question things and will analyse games in a very coaching sort of manner.

"A huge wealth of experience and knowledge in there, and physically he's at the top of his game. I think in Round 1 you're going to see Charlie Ngatai light it up."

Lowe is also quite familiar with another of the province's summer arrivals, new attack coach Andrew Goodman. While Goodman represented Leinster as a player, his two seasons in Dublin between 2012 and 2014 were before Lowe's time, with their connection going back much further, as far back as Nelson College in New Zealand.

"Goody was my PE teacher!" the Ireland wing adds.

I would have been 16 at Nelson College. He and his family are steeped in our hometown of Nelson. His last name in rugby circles carries a serious amount of weight.

"I was fortunate to play with him, he was my captain in the 'Tassie' [Tasman team] for my first two years.

"He's going to bring not too different an aspect of rugby to what Filipe [Contepomi] did. He’s very open and honest. He literally came into the room like, 'lads I know all of you know how to play rugby."

"He got Sexto, he’s got Jammo, [Jamison Gibson-Park], he’s got Garry, he’s got Robbie, he’s got all these players, Ross Byrne, everyone knows what to do. All he is there to do is implement a structure that everyone can play.

"He’s got zero ego, which is awesome. He’s a legend and I think he is going to transform this backline."

Lowe and his fellow Irish international contingent have just finished their first week of pre-season, after being given five weeks off following Ireland's Test series win against the All Blacks

The New Zealand native stayed behind in his home country after the tour to catch up with friends and family, having started all three Tests of the series.

It's approaching five years since the now-30-year-old made the move from Hamilton to Dublin, effectively ending his chances of playing for the All Blacks, and he says the series victory back in New Zealand has given him a chance to reflect on the sliding-doors moment in his career.

"I never in a million years would have thought that I would have got the opportunity to, one, represent Ireland, and two, go back to New Zealand and win a Test series, and come back here and people are still absolutely super ecstatic about it, super proud of what we were able to achieve.

"We were just there to do our job and I was a small cog in a finely tuned machine.

"Obviously growing up in New Zealand every kid wanted to represent the All Blacks and I was the exact same. I played professionally in NZ for five years and was knocking on the door and the door wasn’t opening. I made a decision at 24 to leave and explore unchartered territory.

"I’d only left home for three or four years but I’d never really experienced life on the other side of the world. It was a good opportunity to leave the nest and challenge myself in a new environment without the safety net of family and friends. We landed on our feet, my wife and I. We’re absolutely stoked. 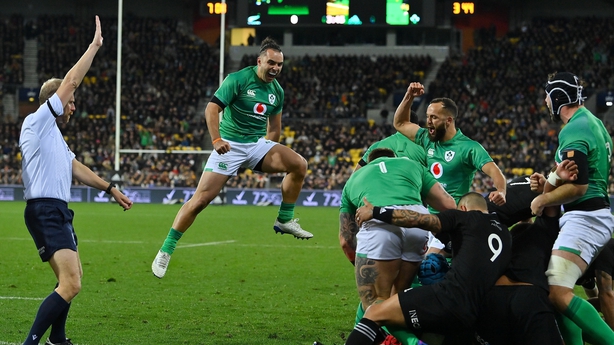 "I think the decision was the right one in the end, wasn’t it?

"Obviously, the opportunity to play international rugby was there. The lure of that, the chance of coming to Leinster, I mean the success speaks for itself. It was a very successful club before I came.

"I sat down with my parents and people I trusted, former coaches, mentors and I was sure look I think this opportunity is a really good one and everyone was like whatever decision you decide to make, and you do it 100 per cent and we’ll back you to the hills.

"You know, to go back to New Zealand, I gave out a few jerseys to people who I thought deserved them because they helped me along my journey. Now we are coming back to Ireland to carry it on."

"There’s a lot of pride representing Leinster although I’m not from the province, I wasn’t born here. I feel fully a part of it and try to encourage young people coming through."

The immediate focus is now back on Leinster.

Although Lowe and other Test starters will be sitting out the opening rounds of the United Rugby Championship, the province should make it through the first fixtures against Zebre and Benetton with a minimum of fuss.

The 2021/22 season was the first trophyless campaign for Lowe, who arrived midway through 2017/18, helping Leinster end three years without a trophy by winning the Pro14 and Champions Cup double.

For much of last year, they seemed more likely than not to pick up two trophies, before the season ripped at the seams in the final of the Champions Cup against La Rochelle in May, followed by a painful URC semi-final defeat to the Bulls at the RDS. 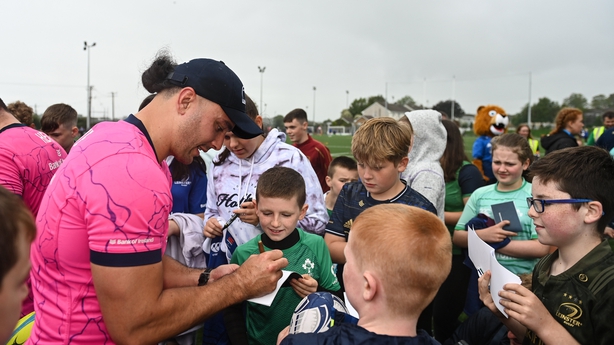 And while he admits the defeat to La Rochelle at Stade Velodrome in Marseille still resonates, they are determined to hit back this season.

"It’s tough man. I can remember three or four moments within that game [Champions Cup final] that had huge consequences and I don’t want to go into them because it hurts. Like, they happen...

"We were there or thereabouts but just came up short. It was absolute heartbreak. But I’m sure we can have another crack at it year and go one better."