Ireland head coach Greg McWilliams says there is "no pressure" on 18-year-old Dannah O'Brien, after handing the out-half a debut for Saturday's first tour match with Japan.

O'Brien is one of four debutants in the starting side for Saturday's first Test in Shizuoka, just two months on from completing her Leaving Cert, while she also featured for the Carlow footballers on their run to the All-Ireland Junior semi-finals this summer.

All four debutants come in the backline, with another teenager Aoife Dalton starting at outside centre, and Méabh Deely and Natasja Behan at full-back and right wing respectively.

Given Ireland's struggle to find a long-term option at out-half, O'Brien's selection is the most eye-catching, with the Tullow woman the 10th player to wear the Irish 10 shirt since 2018 alone.

"There's actually no pressure on her. Everything from here on in is a bonus," said McWilliams, when asked about the latest out-half prospect.

And the head coach was emphatic about O'Brien's potential: "We have an 18-year-old who has got a poise that I can't explain.

"I've been very lucky to coach at St. Michael's for a long period of time, coach the Leinster U19s for a number of years, coach Irish squads... you can just tell, people just have 'it'. And she has something that I think is very special.

"If you're 18 years of age coming over here to Japan, getting an opportunity to represent your country, I think it's a really exciting thing. I just can't wait to see these young girls play, but I also can't wait to see the more established players that have worked really hard since the Six Nations."

That praise was echoed by wing Aoife Doyle, who - like O'Brien - made her Ireland debut as a teenager in 2015.

"You talk about people who have raw talent and it's just something you can see right off the back from her," the 27-year-old said.

"It's easy to help a player like that when they have raw talent. You can see there is something special in her. Obviously out-half is such a massive position on the pitch. She's well able to take her opportunity this weekend."

"I'm just so excited to see how they cope. If they cope well, that's a real bonus. If they don't, it's our job as a management team to be able to sit down with them and talk them through the performance and let them know areas that they'll need to get better at."

Doyle starts on the left wing, with Blackrock's Natasja Behan coming in for her Test debut in the 14 shirt.

Behan was part of the wider Ireland squad for their Six Nations campaign earlier this season but missed out on a first cap, with McWilliams praising 22-year-old's response.

"Tash Behan has worked so hard since the Six Nations. We had to have a pretty honest conversation post Six Nations as to the direction that I felt that she needed to go in.

"She took on the words and she came back fitter, stronger, she had a notebook in hand and she'd written out loads of notes, she looked at 'Huddle' [Ireland's video analysis software] for hours.

"There's a desire there with Tash, and she deserved this more than anybody.

"I'm just so excited to see how they cope. If they cope well, that's a real bonus. If they don't, it's our job as a management team to be able to sit down with them and talk them through the performance and let them know areas that they'll need to get better at.

With Japan preparing for a World Cup next month, and Ireland already starting their rebuild for 2025, the sides will have different priorities over the two-match series. 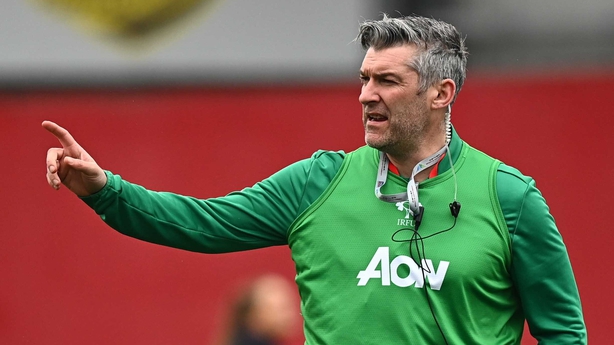 "If you ask me what are my expectations, it's that we have a group of players that go out and express themselves and realise that, as a coaching group, we really want to encourage them to be able to test their abilities and test their understanding of the game. But honestly, you always want to win a game," McWilliams (above) added.

"We don't focus on the result, that's a byproduct of us getting our detail right. We've really put the girls under pressure, we've changed our learning environments, we've added some learning tools.

"We've got to evolve into how we're playing and I'm hoping that when you're sitting down and you're watching our performance, that you can see very clearly that there's an evolution in how we're going about our business. That's what I pray and hope for, that would really excite me if people at home can get a sense of that." 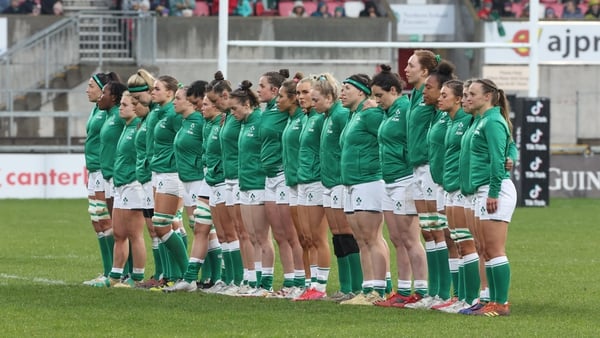