Transgender players will no longer be allowed to compete in women's contact rugby in Ireland after the Irish Rugby Football Union amended its gender participation policy.

The IRFU said the decision was based on medical and scientific evidence and in line with World Rugby guidance.

The IRFU admitted it is a "sensitive and challenging area for those involved and the wider LGBTQ+ community" and has contacted the registered players who are affected by the policy change.

The IRFU said in a statement: "Recent peer reviewed research provides evidence that there are physical differences between those people whose sex was assigned as male and those as female at birth, and advantages in strength, stamina and physique brought about by male puberty are significant and retained even after testosterone suppression.

"The new policy, which is in line with that of World Rugby, the RFU and other governing bodies, will mean that contact rugby for players in the female category is limited to those whose sex was recorded as female at birth.

"There are two registered players affected, in Ireland, by this change and the IRFU has discussed the matter directly with them including options to remain active in the game, such as non-contact playing formats (tag/touch rugby), refereeing, coaching, and volunteering, underlining that the IRFU values their on-going involvement in the game."

In the male category, players whose sex is recorded at birth as female may continue to play if they provide written consent and undergo a risk assessment.

The IRFU said it has spoken to those players affected and "will work with them to support on-going participation in the sport".

Anne Marie Hughes, the IRFU's Spirit of Rugby manager, said: "The IRFU is committed to inclusivity and has worked with the players and other groups in the LGBT+ community to explain that this change is based solely on new research related to safety.

"This is a particularly sensitive area, and it is important that respect is shown to all members of our rugby family and the wider community.

"We will continue to work to be as inclusive as we can be and to explore areas such as tag and touch rugby, which we know some of our players are already considering, refereeing, volunteering, and coaching.

"We continue to stand with the LGBT+ community, and while we accept that today some may feel disappointed in this decision, we want to again underline to them – there is a place for everyone in rugby, and we can all work together."

The Emerald Warriors, an LGBT+ rugby team based in Dublin, said the IRFU's policy amendment was a "blanket ban" on a section of their community.

They said in a statement: "This step does not follow the values of our game.

"We urge the IRFU to work closely with our community. Our transgender and rugby family need to be central to all discussions and request the IRFU carry out its own research and review for better policy decision-making.

"We are gravely concerned with the messaging to transgender youth, their families, friends and allies clearly making them no longer welcome in rugby. We request the IRFU pause this process, maintain the previous case-by-case policy that protects our game and ensures a route for participation.

"There is a risk that the fall-out and repercussions of this policy will accelerate into other sports and transphobia overall." 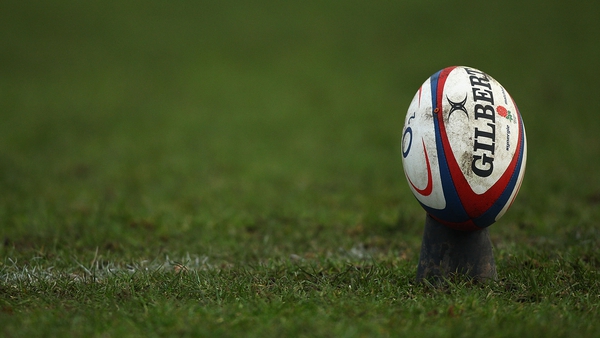