The veteran No 8 replaces Jasper Wiese in the back row, having recovered from the knee surgery he underwent at the end of the URC season.

Vermeulen is one of five changes from last week's 26-10 win against the All Blacks in Nelspruit, packing down in between captain Siya Kolisi and Pieter-Steph du Toit in the back row.

There are also a pair of changes in the front row, with Sharks duo Ox Nche and Bongi Mbonambi coming in for Trevor Nyakane and Malcolm Marx respectively.

Frans Malherbe completes the front row to win his 50th cap, with the usual pair of Eben Etzebeth and Lood de Jager at lock.

Jaden Hendrikse comes in at scrum-half after Faf de Klerk was ruled out due to concussion, partnering Handre Pollard, while former Munster man Damian de Allende starts inside Lukhanyo Am in the centre.

The final change comes on the right wing, with Jesse Kriel in the 14 shirt, replacing Bulls' Kurt-Lee Arendse, who was suspended for four games following his red card in last week's win. 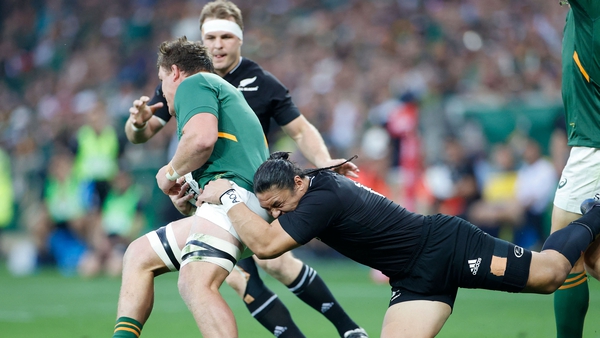