His original contract was due to expire at the end of the 2023 World Cup but Farrell will now lead the Irish set-up until 2025.

The extension comes in the wake of strong recent form for the Irish side, including this month's historic series win over the All Blacks on New Zealand soil, which has propelled Ireland to the top of the world rankings.

It also wards off any interest from potential suitors such as England's RFU.

"I think it's a brilliant bit of business by the IRFU," Jackman told RTÉ Sport.

"The pedigree and reputation he has before becoming a head coach is massive and he will be highly sought after.

"So for us to have him for the two years to follow the World Cup gives us real stability and hopefully it's something we can build on.

"But it's also a sign of the confidence in what he sees with the potential of this Irish team as well that he's willing to commit effectively for another three seasons."

'A great bit of business by the IRFU' - @bernardjackman's take on the decision to extend Andy Farrell's contract to 2025 pic.twitter.com/JizVDGvtAu

Jackman added that breaking beyond the quadrennial World Cup cycle with the new deal will allow for longer-term thinking.

"We can't get too caught up in World Cup cycles. We've done that in the past and it hasn't worked, so having longevity post-World Cup for him to always have an eye on the future, the players playing at the World Cup will know that he's still going to be the boss," he said.

"And also for the assistant coaches who are also now going to be highly sought-after, it just gives real stability for the whole project at national level.

"There's no negatives from this. I think it's a huge boost for Irish rugby." 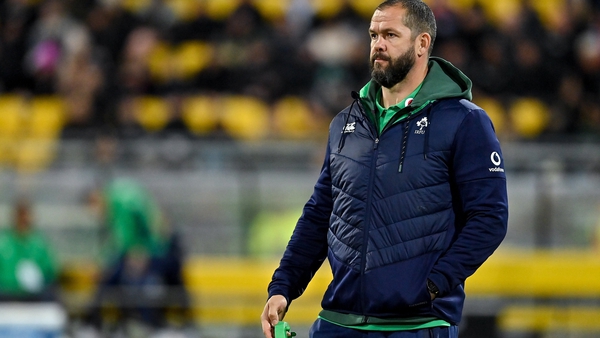