In the final podcast of the season, Neil Treacy is joined by former Ireland internationals Sean Cronin and James Downey to look back on Ireland's memorable Test series win against New Zealand.

The panel discuss some of the standout contributions from the Irish squad over the Test series, and in particular that of Peter O'Mahony and Tadhg Beirne.

They look at where Ireland can still look to develop their game as we round the corner towards the World Cup, and they pick out some of the fringe players who impressed over the five-game tour down under. 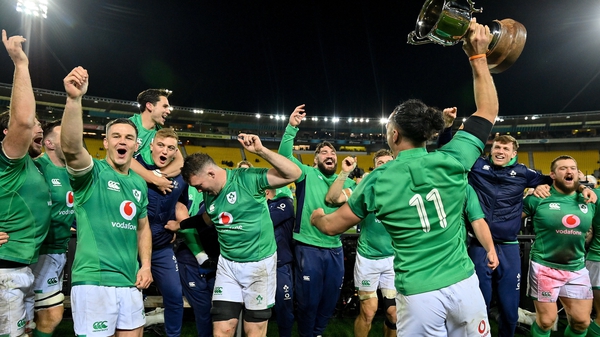 Ireland yet to hit their peak, and have France to thank