Ireland created another slice of history on a memorable night in Wellington.

Not content with a first ever win on New Zealand soil last week, Andy Farrell's men went for the jugular and out-fought and out-thought the All Blacks to win 32-22 and claim the series.

On a day when Ireland needed everyone to stand tall, that's what they did.

Here's how we rated the team. 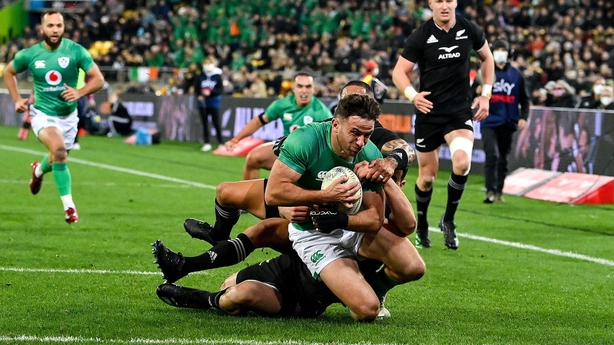 Solid under the high balls that New Zealand rained down early on and came up with some crucial plays that quelled All Blacks attacks before they got started. Judged almost every play to perfection and took his try brilliantly. 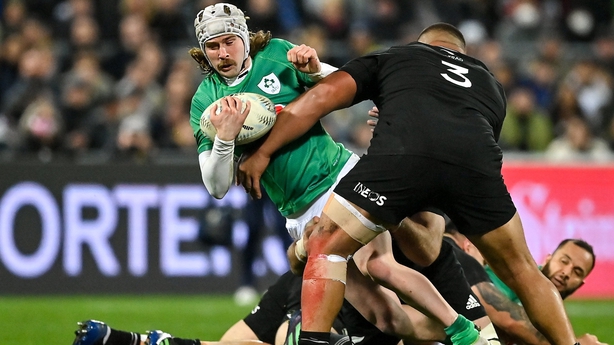 Ran like a dog for 80 minutes and caps off an incredible season when he made his international bow. Superb kick-chases, even when they didn't result in Irish possession, still put pressure on the opposition. Positioned himself well to deal with trouble in the backfield. 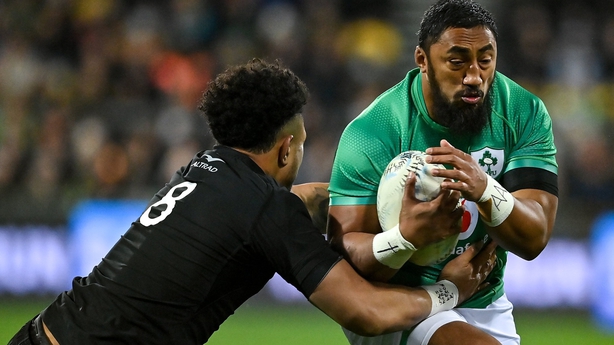 Seemed to catch all of the numerous New Zealand restarts in the first half and if they were targetting the Kiwi then it was a mistake. Clever footwork pre-contact made sure he was able to break the gainline for the majority of his 12 carries and he never shirked a challenge. Inspirational. 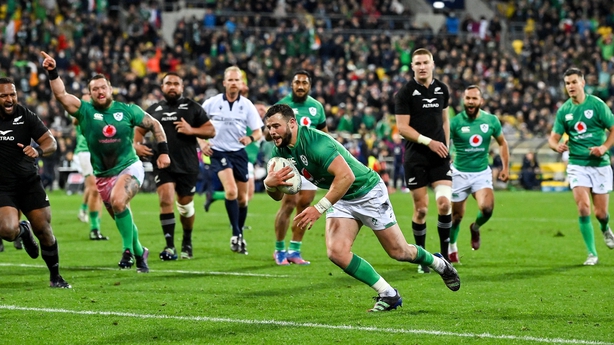 Hit everything that moved and then some. Read the New Zealand attack like a book and winning that line-battle lifted the rest of the side. Made 11 tackles, the most of the backs apart from Johnny Sexton, and was in perfect harmony with Aki for his try. 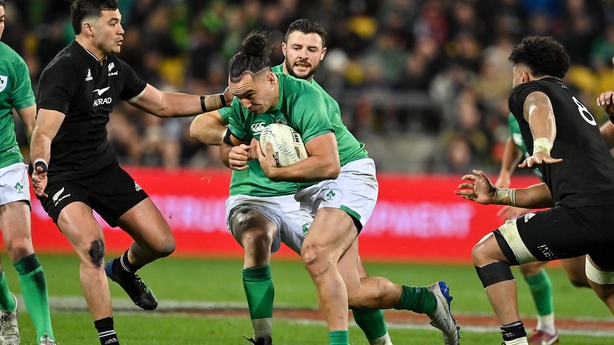 A busy man was the adopted New Zealander. Always in place to clear the lines and popped up here there and everywhere in support. May have been caught slightly flat-footed in defence once or twice but adds so much elsewhere. 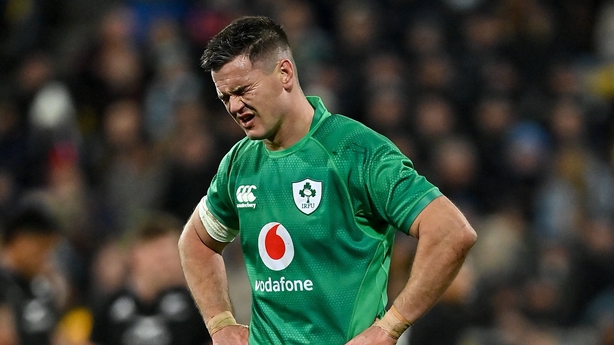 Another sensational outing from Ireland’s most important player. Made 14 tackles, kicked 12 points and his calming influence was stamped all over the performance. Whatever it means for the future, he’s the glue that holds the side together. 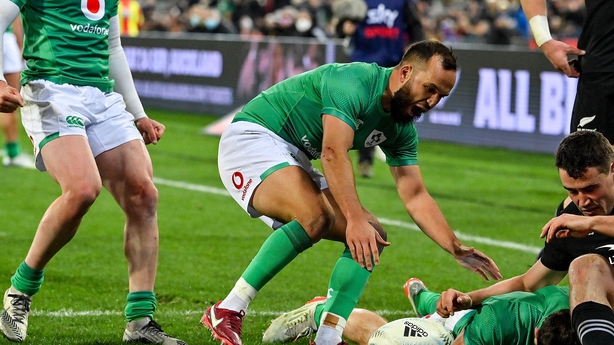 Outplayed his opposite number Aaron Smith and generally took the right option in attack. Kicking was on the money for the most part and despite a couple of knock-ons, was crucial to the team’s success over the series. 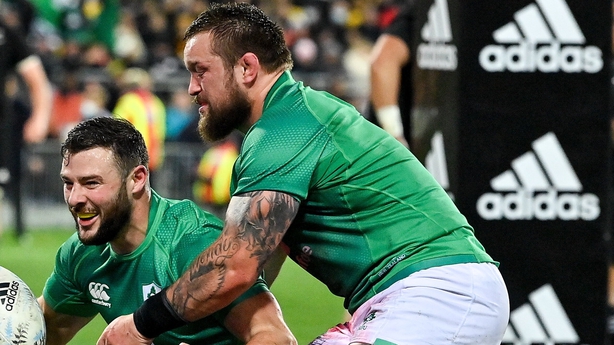 Scrum was solid throughout and Porter was back to his usual self in the loose. Chipped in with 14 tackles and left the field bloodied and bruised. On another day the card, for a high challenge that forced Brodie Retallick off, could have been a darker colour but produced a warrior-like performance. 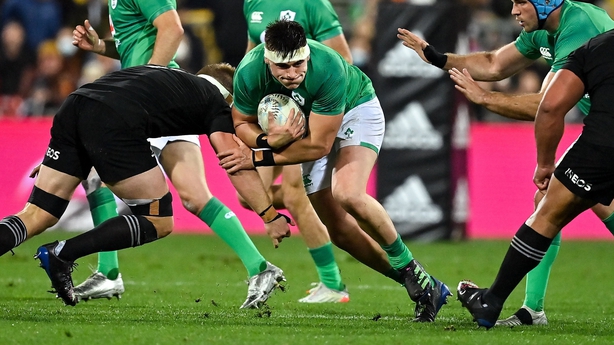 Was penalised once at the scrum for withdrawing his 'brake foot’ but was practically perfect otherwise. The value of his footwork before contact can’t be underestimated, always got Ireland going forward as the danced and ducked around the would-be tacklers. Made 11 runs for 20 metres. 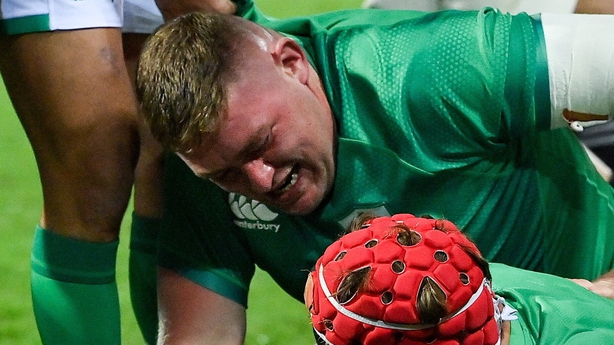 Made 14 tackles without getting on the ball much. But his brief would have been all about the set-piece and ruck discipline, where he was faultless. Appeared to have put his back problems from earlier in the season behind him. Will still be sore tomorrow. 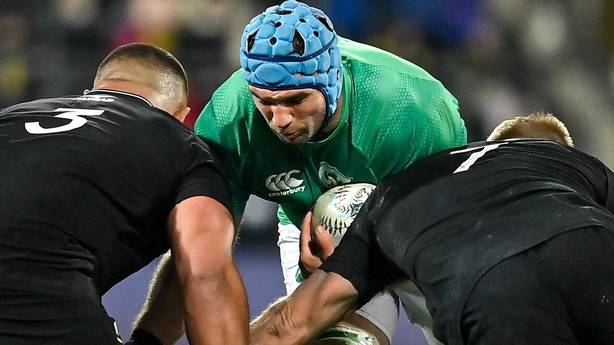 Early lineout steal set the stall out for one of the greatest Irish performances. Made six carries for 19 metres and judged a brilliant intercept when New Zealand threatened. Made a series of late turnovers that essentially won the game for Ireland. Include 18 tackles and it’s impossible to find a fault. 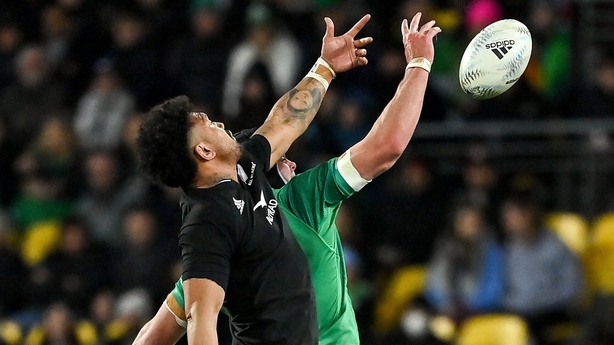 After a lull in form, the Leinster man delivered a tour de force against the world’s best second row. Carried eight times and made 16 tackles. Was able to keep his cool and never took a backward step. Made a nuisance of himself in the maul. 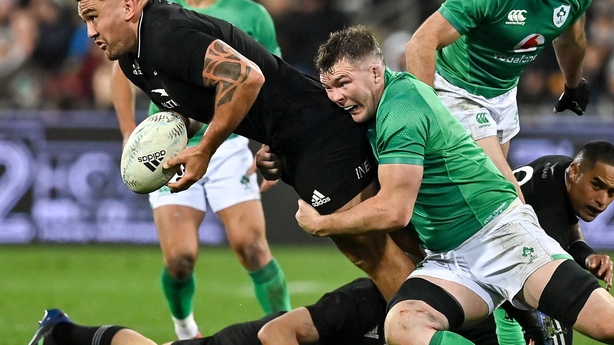 Perhaps his zenith in green and that’s saying something. New Zealand will be glad to see the back of him. Made 10 tackles, gave away no penalties and was in the mix at almost every twist and turn of the game. Won a clever maul turnover and linked perfectly with his back row colleagues. Outstanding. 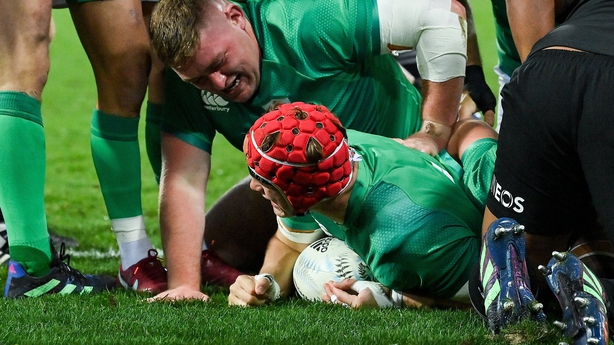 Flawless display. The European player of the year got over for another try, clocked 22 tackles and made eight runs, including a clean break. Was in his element in the toughest of environments and a shout for player of the series. 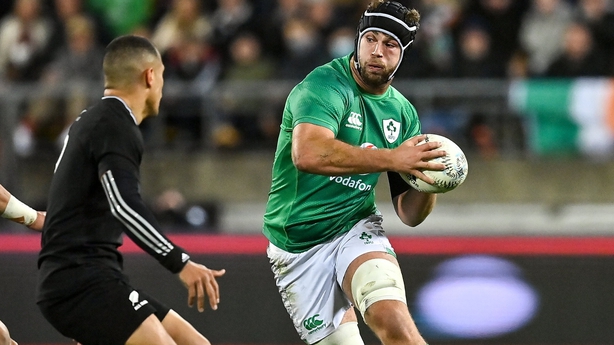 Gave away an early penalty but made life miserable for the All Blacks in close quarters. It was his line break that led to field position for the opening try. Carried seven times and stuck in 18 tackles. Responded superbly to a low key first Test to get back to his best. 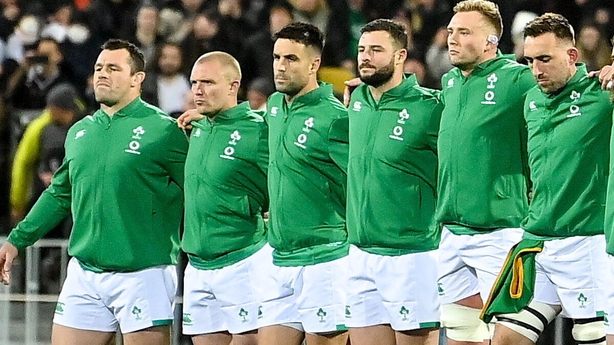 The hooker, who lost a couple of crucial possessions at the end of Ulster’s season in similar fashion, judged his solo run to perfection, and it ended up being a crucial score.

Solid outing by the seasoned veteran in two stints.

Not on long enough to be rated fairly