England wing Jonny May is set to miss Saturday's second Test against Australia as he continues his recovery from the episode of Covid that ruled him out of the series opener.

Still reeling from the loss of Tom Curry for the rest of the tour due to concussion, England are resigned to being without May for their attempt to keep the series alive at Suncorp Stadium in Brisbane.

May tested positive for Covid on arrival in Perth and was forced to spend seven days in self-isolation, which ended too late to feature in the 30-28 defeat at Optus Stadium.

The 32-year-old was expected to be restored to the wing at the expense of Joe Cokanasiga but he has been unable to train fully since leaving quarantine, placing his involvement in the remainder of the series in doubt.

"It was a long seven days for Jonny. He’s been back on his feet today (Tuesday) running, but he didn’t join in with the team. It will be a graded return to full training for him," defence coach Anthony Seibold said.

"We tried to include Jonny while he was in isolation, so sending him the team meetings, the backs meetings.

"We’ve used him as a really experienced Test player. We have a really young group in the backs so he’s been bit of a resource for those guys."

May’s unavailability means Eddie Jones must decide whether to persevere with the underperforming Cokanasiga on the left wing or give Henry Arundell a full debut or award Tommy Freeman his first cap.

Jack Nowell’s impact carrying around the edges in the first Test assures him of continuing on the other wing.

England’s squad will be reduced to 35 players when Curry returns home on Wednesday, his tour ended by the concussion incurred in the first half in Perth. 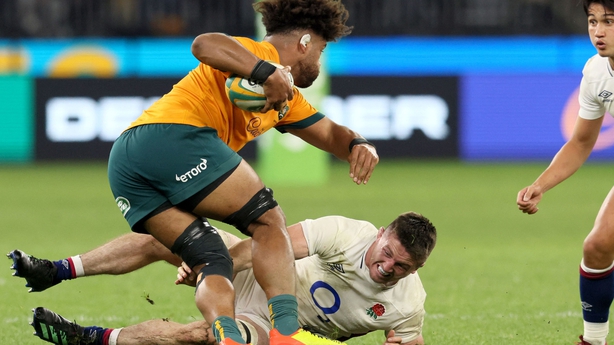 Curry’s head whipped backwards while tackling Sami Kerevi but having been given the all clear during an on-field examination, he presented with symptoms at half-time and was ruled out by an HIA.

Three head knocks over the last six months have resulted in a cautious approach to his recovery.

"It’s about looking after the welfare of Tom. There’s a longer-term piece at play with Tom’s health," Seibold said.

"He’s had some concussions over the recent period of time so the medical staff would rather err on the side of caution. We don’t have any concerns over his medium to longer term health.

"The medical team have made the decision that rather than keeping Tom for the rest of the tour he can get home, get some rest and recover back home.

"He’s in good form, I was talking to him this morning. He’s disappointed he’s not staying and can’t play because he’s a competitor, but there’s a longer-term view at play."

Sam Underhill is the leading contender among the three options to replace Curry at openside with Lewis Ludlam and Jack Willis also being considered.

"Sam was one of the outstanding players at the 2019 World Cup," Seibold said.

"He missed out on selection for the first Test but he’s competed really strongly to put him in the frame for the second one.

"Lewis Ludlam came on and competed really strongly when Tom came off with the HIA.

"He’s been a great leader for Northampton this year and when he comes into camp you can certainly tell why he’s the captain of his club. He’s got some great leadership quality and he competes really hard.

"Jack Willis from Wasps is really good over the ball. He competes really strongly defensively." 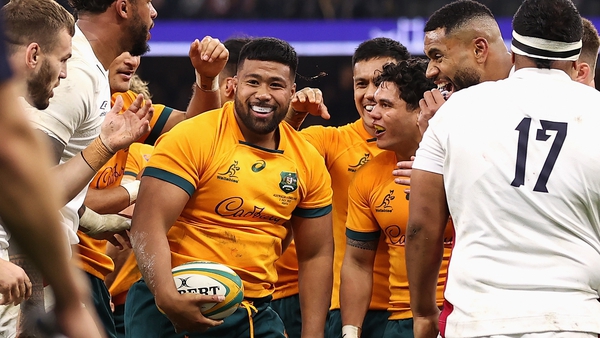 England crash to defeat against 14-man Australia in Perth