Leo Cullen’s side may well lie in store for Ulster down the road, depending on how the United Rugby Championship play-offs go.

The teams could meet in a final, should Dan McFarland’s men beat Munster and the winners of the DHL Stormers-Edinburgh match and Leinster work their way through Glasgow and either the Vodacom Bulls or the Cell C Sharks.

Before all that, the URC champions are in the middle of preparations for their Heineken Champions Cup final against La Rochelle in Marseille on Saturday and Ulster skipper Henderson has been impressed with what he has seen from the Blues, many of whom are his team-mates in the Ireland set-up.

"It’s impressive that you could almost recognise they are Leinster without knowing who’s playing," said the lock when asked what sticks out about the four in the row URC champions.

"The way they play, their shape is very impressive, how well drilled throughout the whole team for the whole game.

"One team that did it well before that sticks in my mind is Connacht when they won the championship [in 2016]. 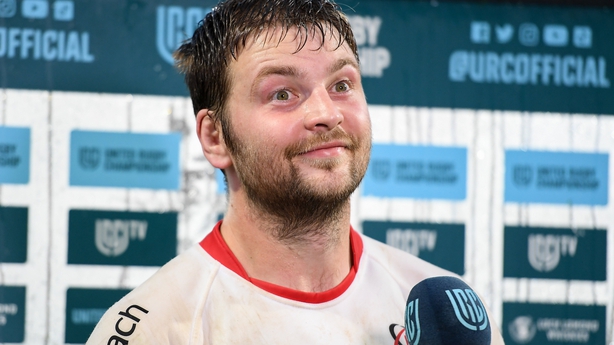 "They played their shape very well and they got into the flow of games and I felt it worked really well for Connacht and Leinster do that really well too."

Ulster were knocked out of Europe by Toulouse in the last-16 but hooker Rob Herring says that they are going in the right direction in terms of creating a pure identity in the manner that Leinster have done.

"I think we are getting there," he said.

"I’m sure you’ve seen a big shift in our game over the last number of years. Hendy hit the nail on the head there, it doesn’t really matter who is [in the Leinster side], they all seem to be able to execute in the style they need to and it’s pretty impressive how they can impose their game on other teams.

"They finished top of the [URC] table for a reason and they are in the European final for a reason as well. It will be a big challenge for whoever comes across them."

On the opposite side of the equation, La Rochelle have two Irish coaches, director of rugby Ronan O’Gara and forwards coach Donnacha Ryan. 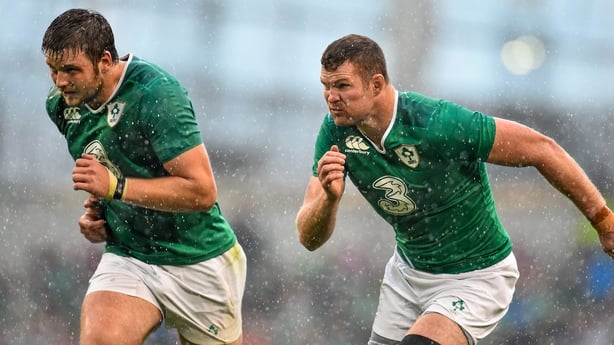 Ryan (above right) won 47 Ireland caps before moving from Munster to Racing 92 in 2017 and is a former international team-mate of Henderson, who was not surprised that the Tipperary native moved directly into coaching following his retirement.

"Having played with him before and organised attacks against teams, it’s definitely something you have to be aware of with Donners," said the 30-year-old.

"That he’s going to be watching things meticulously and getting stuck into all the details."

Three of the four new South African side made the play-offs and Herring, who comes originally from Cape Town, has been impressed by their progress following a slow start.

"I think it has been great," he said of the new blood.

"It has refreshed the league and we feel like there’s a lot more interest around it now.

"Obviously at the start it was difficult because the South African teams were travelling a lot and finding their way with a lot of their Springbok players missing.

"The way they’ve come back in the second part of the season in their home stretches, it has been pretty incredible.

"You speak to any player who has gone over there and played matches this year, it is a tough place to go and play, physical games, just relentless and like you said, they have three teams in the top-eight. It just proves how great they have been."