If you got in on the ground floor and bought your Jamison Gibson-Park stock in 2016, you'd likely be able to cash out now and set yourself up for retirement.

For quite a few years, you'd have been waiting for the value to jump, the scrum-half tipping along as the able deputy to Luke McGrath in a Leinster side that was collecting on average a trophy a season.

But in the last 18 months, Gibson-Park's price has shot up.

Some eyebrows were raised when he was drafted in for his Ireland debut in late 2020. At the time, the New Zealander was very much a second choice to Luke McGrath at Leinster, and when he was picked by Andy Farrell ahead of his club team-mate, as well as Ulster's John Cooney, there were accusations that a project player was being allowed jump the queue at the expense of home grown talent.

Even as recently as 12 months ago, the jury was out on Gibson-Park as a Test player. He wasn't even in the wider discussion for a place on the Lions tour of South Africa, but were that tour to happen tomorrow morning, it's likely he's be the frontrunner to start the Tests.

The 30-year-old is a rare breed of player who became first choice at international level before he did so with his club. He ran before he walked, which neatly sums up his style of play.

With his relentless energy fitting perfectly into the Irish gameplan, Gibson-Park's shone in the last year, playing a critical role in wins against the All Blacks and England, while being one of Ireland's better players in the defeat to France in Paris.

Three years ago when Leinster were last in the Champions Cup final, the nine wasn't involved in the match-day squad in Newcastle, with Leo Cullen only able to pick two of his New Zealand and Australia contingent; James Lowe and Scott Fardy got the nod for that decider against Saracens, while Hugh O'Sullivan - now of London Irish - played backup to McGrath.

Leinster will reveal their team for tomorrow's final this afternoon, with Gibson-Park almost certain to start having played a key role through the knockout stages. Having been Player of the Match in the quarter-final win away to Leicester Tigers, he put in another big shift in the semi-final victory against Toulouse.

The last four win wasn't flawless though, the scrum-half seeing his grubber kick blocked down and run in for a try by Antoine Dupont in the early stages of that 40-17 win.

"Not this guy again!" he laughs, when asked what was going through his head as he saw Dupont sprint off into the distance.

"I was hoping there was going to be a referee's whistle, but there was nothing."

He got his own back though, blocking down a clearance kick from Juan Cruz Mallia, in a run of play that ended with James Lowe scoring their third try on 48 minutes in that semi-final win.

"One of each! Yeah, there was probably a bit of pent up frustration in that as well.

"But look, good to get the result and overall probably one of our better performances in a while."

"But I think we've had that in the past, like in 2018 we played really well in the semi-final against Scarlets and then we obviously got the job done in the final, but it wasn't anywhere near as good a performance. That will be our aim, try and get a better performance on the day," he added. 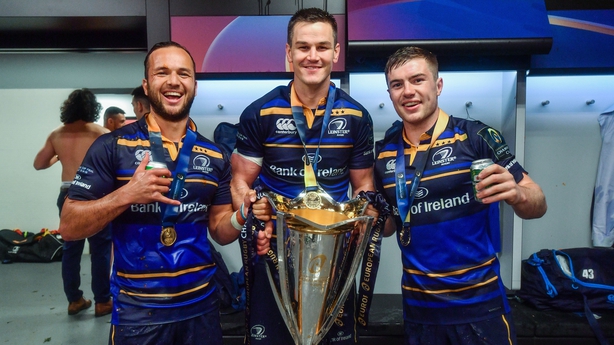 Gibson-Park was a second half replacement in that 2018 final (above), a tense, tryless 18-15 win against Racing 92 in Bilbao.

Leinster were favourites that day, and will be again in Marseille tomorrow afternoon, despite being comprehensively beaten by La Rochelle in last year's semi-finals,

Gibson-Park was injured that afternoon, as was Johnny Sexton, as Ronan O'Gara's side beat up the Leinster pack to reach their first ever Champions Cup decider.

From the side that were beaten by La Rochelle in last year's semi-final, you can more than likely add in Gibson-Park, Sexton, Caelan Doris and Andrew Porter, as well as the best version of Ross Molony we've seen in his career.

And although he didn't play in last year's meeting with the French side, the former Maori All Black is more than familiar with Stade Rochelais' New Zealand imports.

"Certainly when I first got here, I wouldn't have seen myself getting to this level and playing for Ireland. It's been pretty unreal and like I said, hopefully there's still a bit more to go. It's been a bit of a journey."

He may or may not be standing opposite a fellow Maori All Black tomorrow, with Ronan O'Gara coy on the fitness of scrum-half Tawera Kerr-Barlow, while he played alongside out-half Ihaia West and number 8 Victor Vito at the Blues and Hurricanes respectively.

It was from the Wellington-based Hurricanes that he joined Leinster, arriving in Ireland in 2016 fresh off the back of a Super Rugby title.

And he admits the 24-year-old Gibson Park (below) was a shadow of the player he is now, particularly when it comes to his kicking game, which he says was almost non-existent. 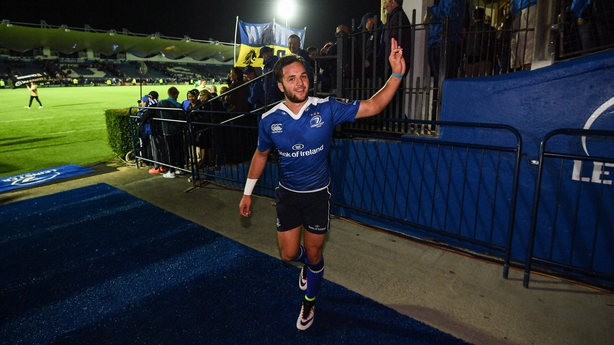 "Even when I got here, I still couldn't kick snow off a rope," he laughs.

"There's been a bit of a journey over the last few years, and just getting the reps in because I wouldn't have done as much kicking as most nines on this side of the world.

"Still a fair way to go, but it's certainly a skill I've had to get better at.

"Certainly when I first got here, I wouldn't have seen myself getting to this level and playing for Ireland. It's been pretty unreal and like I said, hopefully there's still a bit more to go. It's been a bit of a journey.

"I think just with age and a little bit of maturity now, I suppose you just start to care more about the day to day, building better habits and that sort of stuff. I think that's probably what I put a lot of the rise down to.

"I was obviously a nervous wreck the first few times! Either training with him or against him, he's always competitive. You guys have heard about him, so it's always just looking for the best."

"I suppose leadership is probably the other big thing. I've had the privilege of working with some pretty unbelievable rugby brains over the last five, six years, and I've certainly learned a lot. I've learned a lot about myself and a lot about the game as well."

He namechecks Stuart Lancaster and Isa Nacewa among the great "rugby brains" he's been able to work with, but Johnny Sexton is possibly at the top of that list.

The Ireland and Leinster captain has long been known as a demanding half-back partner, but Gibson-Park says the juice is worth the squeeze when it comes to working with him.

"I was obviously a nervous wreck the first few times! Either training with him or against him, he's always competitive. You guys have heard about him, so it’s always just looking for the best.

"It's always the same for me, nothing really changes, he goes about his business he’s probably the most driven I’ve ever seen, especially for someone his age, he just turns up every day. With Johnny the understanding of the game is on another level, a joy to work with really.

"I spend nearly every day with him. I don’t know, I don’t want to sound like I’m blowing his trumpet too much but his intellect is just, he sees the game so early." 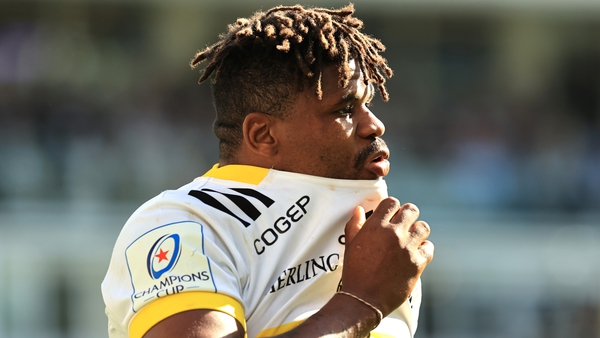