The Ireland Women's Sevens squad have secured their second podium finish of the HSBC World Rugby Sevens Series after a third-place finish at the Canada Sevens.

In January, the team finished second in Seville in what was their first-ever appearance in a world series decider as Australia overcame a 12-0 deficit to win 17-12.

In Canada, Aiden McNulty's side earned pool wins over Japan and Brazil before losing out to France.

A play-off win over USA set up a clash with eventual champions Australia, who were victorious on a 26-5 scoreline.

That ensured a bronze play-off game with France where Amee-Leigh Murphy Crowe put in a star turn with four tries in the 22-14 win.

Murphy Crowe, who turned 27 last Tuesday, excelled again as the tournament’s top try scorer with 12, including the last-gasp match winner against the USA which sent Ireland through to the semi-finals.

McNulty’s in-form side lie fifth in the World Series standings ahead of the final leg in Toulouse (20-22 May). 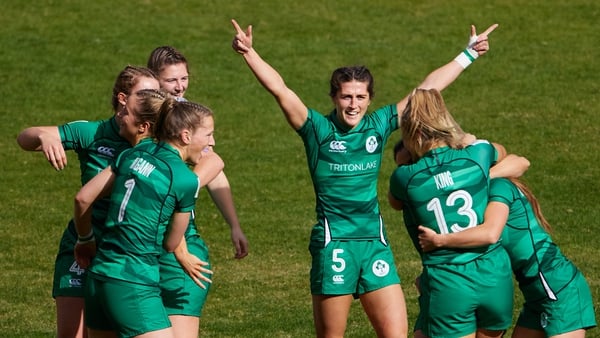 Silver for Ireland in Seville Sevens after narrow defeat to Australia