They have won 13 of their last 14 TikTok Women's Six Nations meetings with the last loss coming in the 2018 meeting in Dublin.

When Sarah Law kicked the conversion to dump Ireland out of contention for the New Zealand tournament, the ramifications were to be felt far and wide.

Senior players retired, the head coach moved on and two independent reviews, into the failure and structural issues in the women’s game in the country, were ordered.

The Irish government got involved and we should see some big changes over the next 12 months in how the sport is supported.

Only seven starters from that fateful day in Italy make today’s line-up with retirement, injury and form the reasons for the changes.

"There are girls there that are still hurting and you can use that as a form of fuel," captain Nichola Fryday, one of the haunted from that day, told RTÉ Sport.

"There are a lot of new girls and they just need to be excited with the challenge of getting a second win in the campaign.

"It's about finding the right balance but I don’t want to be talking about something that happened seven months ago.

"This campaign is about looking forward to what we are going to do in the future. It’s a balancing act, making sure that we do pull in on that bit of emotion but that it doesn’t overcome us." 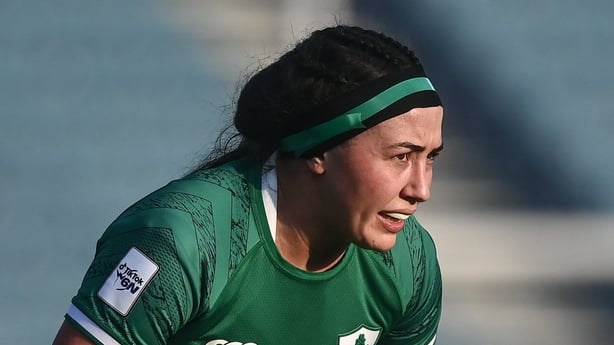 The Offaly native (above) is right and Greg McWilliams’ side must look at this as a one-off; there would be little consolation in beating the World Cup-bound Scots in terms of getting over the Parma pain.

For the task, McWilliams has once again the services of the outstanding Sam Monaghan to call upon, the second row missed last week’s 69-0 thrashing at the hands of England with a calf injury.

There’s a debut for Vicky Irwin at full-back, while out-half Nikki Caughey replaces Eimear Considine and Nicole Cronin, both ruled out through injury.

Scotland boss Bryan Easson has named the same team that lost 20-13 to Italy last week in their fourth loss of the campaign.

"We’ve had a very honest review this week so our training sessions have focused on getting the details rights and trying to piece together the positive aspects of our recent performances," he said.

"I felt the players performed well in the first half against Italy and this is another chance for that group to put the second-half wrongs to right." 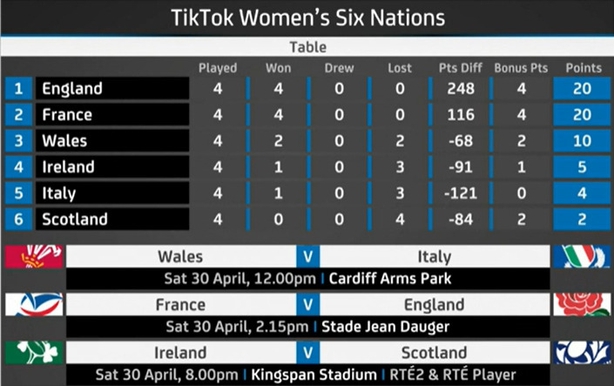 Ireland’s only victory so far came against Italy three weeks ago, but they can take some solace from their defensive stats, albeit they’ve had too much opportunity to practice that side of it.

Flanker Edel McMahon, the only Irish player to have played every minute so far, has made more tackles than anyone else in the tournament, racking up a grand total of 71.

Partner Dorothy Wall, and front rowers Linda Djougang and Neve Jones have all made six dominant tackles, twice as many as any other player, and the team top that chart with a combined 27.

Those figures may well come into play this evening with Scotland’s Jade Konkel the joint top carrier in the competition with 48, while team-mates Lisa Thompson, Evie Gallagher and captain Rachel Malcolm all in the top six too.

While Ireland were able to take some positives from restricting England to just two tries in the first half last weekend, once again the set-piece was a shambles. Failure to improve in scrum and lineout will result in another miserable day at the office. 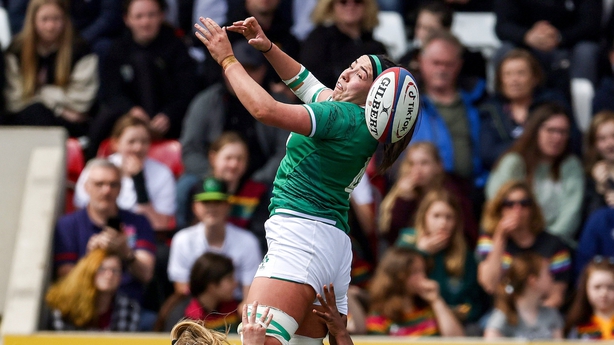 "We’ve been repping them in train, we want to get consistency," added Fryday, who will win her 27th cap. "We had a strong set-piece against Italy and for it to falter again was disappointing.

"We were playing at a tempo that we hadn’t really played at against England, they were another step up. We’ve been training under fatigue and making sure we can execute so it nearly seems easier on the day."

The bad news is that Scotland boast the second best scrum return in the tournament, winning 96% of their put-ins.

This Ireland team was never going to be judged on their performances in this campaign, starting as they were from such a low base.

It’s the last page of the opening chapter for McWilliams and his side and ending it with a second victory can only bode well for what must happen over the next 12 months.

"What’s important for us now is to add to the party by putting in a performance. We have a role to play," said the head coach.

"You are only as good as your next performance and I think there are certain areas in the England game in the first-half that we were happy with, but realistically there are areas we feel we need big improvements in.

"You just hope you see them come through. You want them to put on a better performance, to be honest.

"That's our job. Other people are deciding what direction the game goes in. I'm sure after the Six Nations, I'll have an opportunity to sit down and review to see how we can do it better."

Ireland could end up with a first wooden spoon since 2004 if they lose, but they might just have enough fight and frustration to get the job done in front of a home crowd in the Kingspan, which hosts its first full international since the Women's World Cup final in 2017. 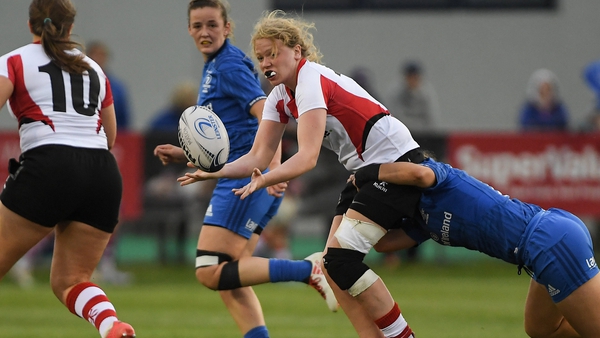