Molly Scuffil-McCabe will make her Ireland debut on Sunday against England, while Niamh Byrne is set to earn her first cap off the bench.

The Railway Union duo are among a number of changes to Greg McWilliams' match-day squad from the TikTok Women’s Six Nations win over Italy two week ago.

Seven of the panel have been moved to the sevens set-up to prepare for a World Series event in Canada and are unavailable for selection for the round-four encounter at Welford Road (12pm kick-off).

In the pack, Linda Djougang, Neve Jones and Christy Haney continue their front row partnership, while Fryday leads from the second row alongside Aoife McDermott, who comes in for the injured Sam Monaghan.

The back row of Dorothy Wall, Edel McMahon and Hannah O’Connor is unchanged.

On the bench, Grace Moore, Maeve Óg O’Leary and Michelle Claffey are set for their first appearances of the Championship, with Byrne completing the 23.

McWilliams said: "This is an exciting opportunity for players who are desperate for the chance to showcase their talent on the biggest stage.

"As we embark on this journey as a group, we need to test the squad depth, build the playing pool and competition within the dressing room, and there is no greater challenge than facing this world-class England side in front of what will be a record crowd."

The Red Roses lead the standings with three wins from three. 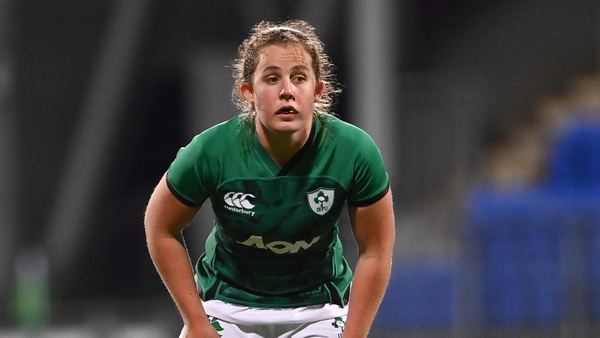