Dan McFarland and Ulster don't have time to wallow in their Heineken Champions Cup loss to Toulouse, but you could easily forgive the group for carrying this defeat for a while.

Just one point separated the two sides after an incredible round-of-16 double-header, with the champions edging a titanic tussle 50-49, Antoine Dupont coming up with the match-winner with five minutes to play.

There were 11 tries, 62 turnovers, two red cards and two yellows, and there could have been more flashed over the two legs.

"Well, we’ve got Munster on Friday, you'll be here, I’ll be here, we’ll all be here," said the head coach when asked how long the regret of losing a six-point advantage will linger.

"There’s nothing quite like Munster coming to town to refocus the mind.

"Look, I’ll be p****ed off, we’ll all be p***ed off, I’ll have another beer. They even put bloody Kronenbourg in our changing room.

"We’ll have a beer, we’ll review the game, we’ll look at it, we’ll be grumpy with each other for a bit and then we’ll get over it because we’ve got to.

"We’ve got to beat Munster here on Friday. We’ve got one competition to focus on now.

"It will be a big task on Friday, picking everybody up but we’ll do it, we’ll be all right."

Overall, Ulster conceded 23 penalties to the Top14 side’s 17 and were leading the aggregate score by three points when replacement Tom O’Toole was red-carded for a dangerous tackle on Anthony Jelonch with 15 minutes left.

McFarland had no qualms about that decision or the early yellow for Robert Baloucoune.

"You could pick out any moment from both legs, couldn’t you?" said the former Connacht player.

"We gave away a try because we gave up an inside shoulder on defence today – we don’t do that that’s not a try, we win the fixture.

"Last week, we know if the tackle area had been a little clearer then Wayne [Barnes, referee] would have given us a jackal penalty at the end, which would have meant we were 13 points up going into this leg, but he didn’t see it at the time and since then it’s been confirmed it should have been a penalty. It is what it is.

"There were incidents across the board.

"Equally there was probably a forward pass in the build-up to one of our tries last week. There are plenty of things in the last two weeks if we’d done better then we would have won.

"I still think we could have won it tonight if we were a bit sharper in a couple of areas I expect us to be sharper in and we just didn’t quite get it right.

"But the margins of error are so small playing a team like Toulouse, you’re living on the edge the whole time and if you get anything wrong, they’re going to punish you. 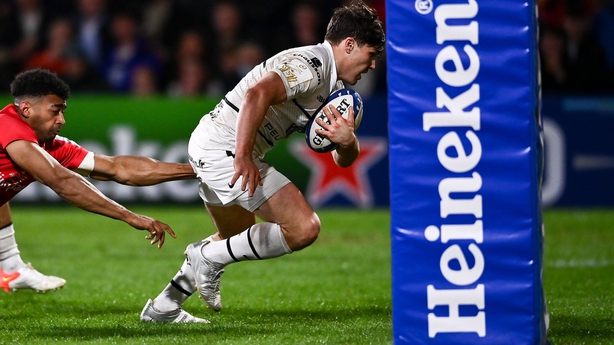 "We did a few critical things that were wrong.

"Teams do that obviously but if you want to win at this level against sides the quality of Toulouse, you can’t afford to make those mistakes. It happens but on the day today we didn’t quite get it right.

"The quality of their tackles and their physicality... they’re enormous human beings but they’re also excellent rugby players and when they hit you, they hit you hard.

"If you get hit in phase play like that, they can really stymie your attack, and that happened a couple of times.

"You always expect a couple of turnovers in a game just because of the nature of it and you can’t be on it the whole time. In general, I thought we caused them some problems."

Ulster are currently second in the United Rugby Champions standings, ten points behind Leinster with three games to play. 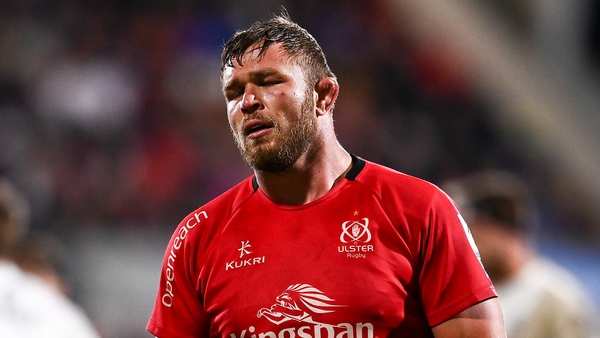