Leinster will travel to Welford Road to take on Leicester Tigers in the Heineken Champions Cup quarter-finals.

As expected, Steve Borthwick's side confirmed their progress by completing a double over Clermont with a 27-17 second-leg win.

The Premiership leaders held a 29-10 advantage from the first game and comfortably saw off the Top14 outfit, despite having Oliver Chessum sent off in the second half.

Leo Cullen’s side, who trounced Connacht yesterday at the Aviva Stadium, will face Leicester on the weekend of May 6/7/8.

Munster, will meet Toulouse, who beat Ulster 50-49 on aggregate, probably in the Aviva on the same weekend, with Thomond Park unavailable due to a pop concert. 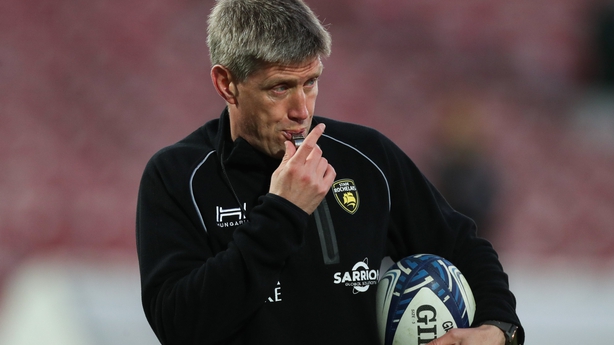 The fly-half scored a first-half try and kicked four conversions and a penalty as a much-changed side, who took an 18-point lead into the second leg, triumphed 31-23 against a dogged Bordeaux outfit who fought to the final whistle despite having number eight Maama Vaipulu sent off early on.

A 62-36 aggregate win means Montpellier will travel to the Stade Marcel Deflandre in the last eight. 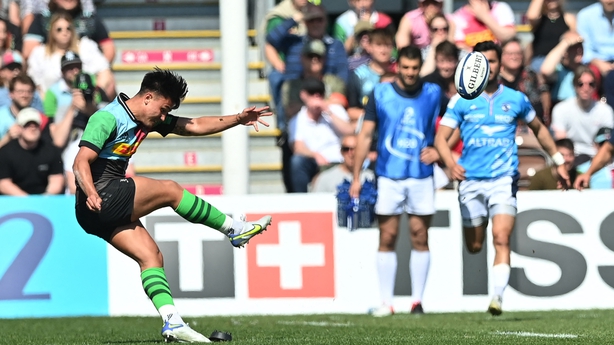 The English champions, 14 points adrift after last weekend’s first leg when they trailed 34-0 at one stage, looked on course to secure a European last-eight spot for the first time since since 2013.

They needed to evoke memories of last season’s stunning Premiership play-off victory over Bristol, when Quins were 28 points down before winning after extra time.