Leo Cullen hailed James Lowe after the Leinster wing crossed for four tries in the demolition job over Connacht.

The four-time Heineken Champions Cup winners ran out 82-41 aggregate winners over their neighbours following a dominant eight-try victory at the Aviva Stadium on Friday evening.

The New Zealander had also chipped in with a brace in last weekend's 26-21 win in Galway.

"He put in a good week this week," said Cullen of the Ireland international.

"There is always bits of everyone's game to improve upon. He's very, very talented, as we know.

"When he really applies himself, he's as good as anyone out there. He worked hard this week and you can see the rewards that he got off the back of that.

"When we signed James, we saw that back in New Zealand with the Chiefs. He's here a long time now. He's a colourful character, as we know. It was great to see him go well over the last couple of weeks.

"Our job is to get the best out of the players and maximise their potential. He has bucket loads of potential.

"It's about making sure we are working with him to get the best out of him. We recognise the special talents that he has.

"There is good positive pressure in the environment because there is good competition for places. The lads know they need to play well because if they don't someone else is ready to step into their place in the team." 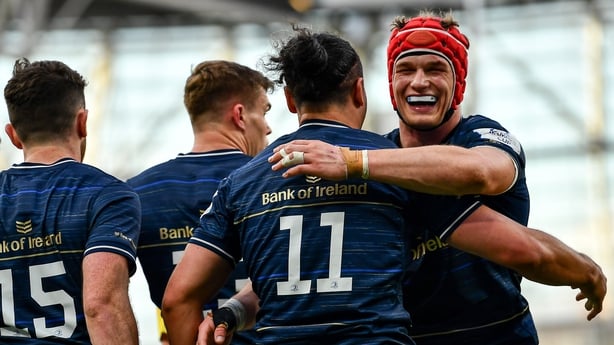 Leinster are on course to meet Leicester Tigers, who lead Clermont 29-10 from their first leg ahead of tomorrow’s return leg at Welford Road.

Cullen said he was happy with the improvement shown by his side between the first leg and today’s match.

"Better intent across the board, better accuracy, when we got into good positions so it’s that clinical piece," said the former Leinster and Leicester lock.

"We were just a little bit off last week, it’s fair to say so the players, everyone was a bit frustrated with how we went, some good passages of play but not everyone coming together.

"Just the importance of everyone getting their jobs right.

"That’s not just 11 or 12 players, it’s all 15. We’ve worked on that cohesion. It’s a challenge coming off the Six Nations, we’ve had a group that worked hard during a lot of the league games."

Connacht boss Andy Friend held his hand up and admitted his side were dominated by the opposition but was also left to rue some "brainless" interventions from his own outfit, for whom Bundee Aki and Jack Aungier were sin-binned.

"They definitely were dominant," he said.

"I thought we had an opening exchange there that was in the process of giving us confidence, pretty much the first time though they touched the footy they ran 75 metres and score.

"All of a sudden all of that dominance we exerted was just released and they seemed to just go from strength to strength from there.

"But the message is pretty simple, the game of footy is about point of attack and strength of tackle, winning your physical battles, and if you don't do that you won't win the game of football.

"Listen, that result's beyond the referee's decision. 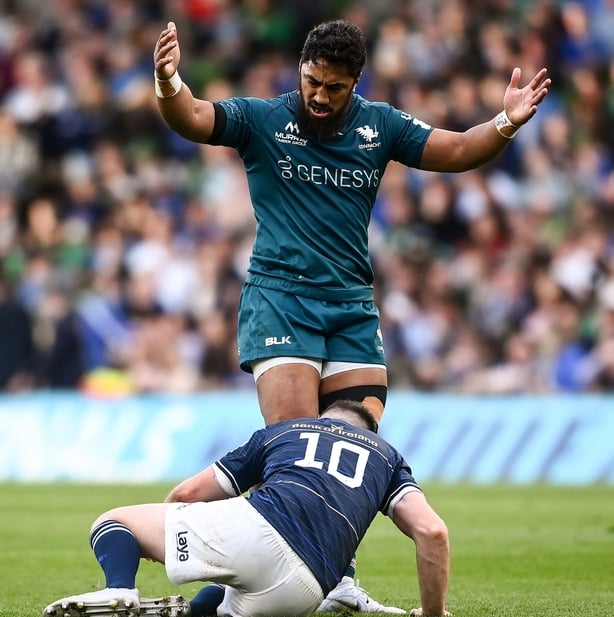 "One was a sloppy technique, one was just a sloppy entry and it was just brainless to be honest with you, so those things kill you.

"They're always work-ons, we talk about penalties and making sure blokes are more accurate, but why do blokes give away penalties and sometimes it's the pressure of the moment and the inability to think clearly under so much pressure.

"And when a team like Leinster applies that kind of pressure on you, sometimes you get those brainless moments. But we need to fix it.

"It's hard to see the positives out of that at this point in time, but it's a pretty accurate reflection of the way our season has gone.

"We had games of really great positivity and great performances and games like today when it just seems to fall away, and that's something that we definitely need to address." 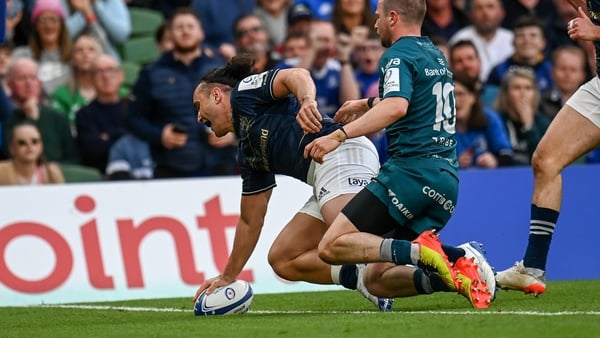