Ulster head coach Dan McFarland says his players are 'relishing' the prospect of being the first northern hemisphere side to win away in South Africa in the URC.

The second place side begin their two-game tour of South Africa this week, starting against the Stormers in Cape Town on Saturday, before they move into the Highveld to face the Bulls at Loftus Versfeld.

Despite making a poor start, the South African franchises have looked far more formidable on home soil, with the Bulls, Stormers and Sharks all climbing into the top half of the table.

In recent weeks, Munster, Scarlets, Cardiff and Zebre have all travelled to the rainbow nation, and come home with two defeats each.

But with those tours coinciding with the final rounds of the Six Nations, all four teams were shorn of key international players, an issue Ulster have not had to deal with.

Wing Robert Baloucoune is the only one of Ulster's international contingent who hasn't travelled with the squad.

With Henderson having played just three times this season for the province due to a series of injuries, he's likely to be available this week for Ulster. 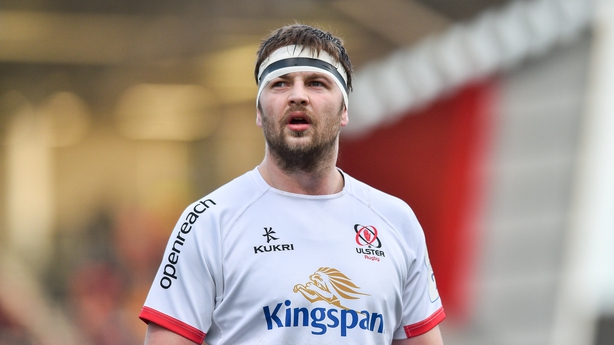 "It's pretty important to us now that we’re coming into the thick end of the season, post-Six Nations, guys get reintegrated as quickly as possible," said McFarland.

"A chunk of the guys that are out here with us didn’t get a massive amount of game time over the Six Nations period.

"Guys like Hendy were out for a massive chunk of the season, so reintegrating them back into the team hopefully over the next number of weeks is pretty important and it’s great to have them out here to do that."

While Munster played both of their games at altitude against the Lions and Bulls, Ulster begin their tour down at sea level, facing the Stormers in Cape Town, in what will be a homecoming for hooker Rob Herring.

But while altitude won't be a factor for Ulster until their trip to Pretoria next week, they will still be dealing with searing 30C heat against the Western Province franchise.

The Stormers, who could boast Springbok World Cup winners Steven Kitshoff, Frans Malherbe and Herschel Jantjies in their squad this week, have scored 95 points across their two home games against Zebre and Cardiff in the last two weeks.

McFarland says he always expected the South African sides to come good this season, adding that he's hugely excited by the challenge.

"We’re relishing it," he added.

"It’s an opportunity to try and do something that none of the other teams who have tried to do have managed yet. There hasn’t been a win from the eight games out here.

"The Ospreys play the Lions on Friday night and then we’re next up in an attempt. It isn’t a surprise how well the South African teams are doing at home.

"When they came away to the northern hemisphere they struggled a little bit to acclimatise in the new competition. It’s very similar to us guys coming down here. We’re used to playing in conditions like we did against Leinster, and now we’ll be playing in close to 30C heat against the Stormers. That's going to be a tremendous challenge."

As well as their returning Six Nations contingent, McFarland has also been able to call upon Luke Marshall for the tour. 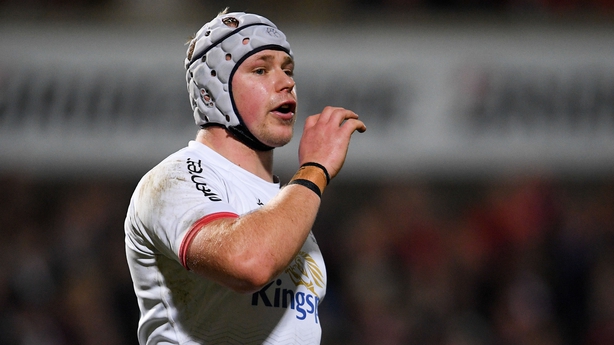 The 31-year-old has played just four times in two years, having last featured in November 2020 when he suffered a serious knee injury.

"Luke has been working really hard, he’s been back training with us for a number of weeks now.

"Given the injury that he’s had, more than two years he’s played four games and was then out for another chunk.

"We’ve been patient with that and then hopefully in this block of two games he’ll get some time on the field.

"Before he got injured on the pitch he was a spiritual leader for us. He’s continued to lead when he’s been off the pitch. He’s like the rest of the lads, he’s a rugby player and wants to play. Hopefully over the next few weeks he’ll be able to get some minutes," the head coach said. 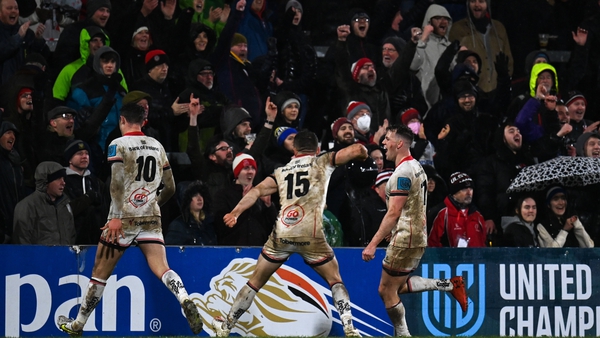 Ulster do the double over Leinster with nail-biting win