On this week's RTÉ Rugby podcast, Neil Treacy is joined by former England international Tom May, and former Ireland international Fiona Hayes to look ahead to Ireland's Guinness Six Nations trip to face England this Saturday (live on RTÉ2 and RTÉ Player).

The panel give their reactions to the Ireland team named by Andy Farrell this morning, which shows six changes from the side that started the Round 3 win over Italy.

And Tom and Fiona also discuss Johnny Sexton's new contract which will bring him up to the next Rugby World Cup, as well as looking at how England are trying to build their team around out-half Marcus Smith. 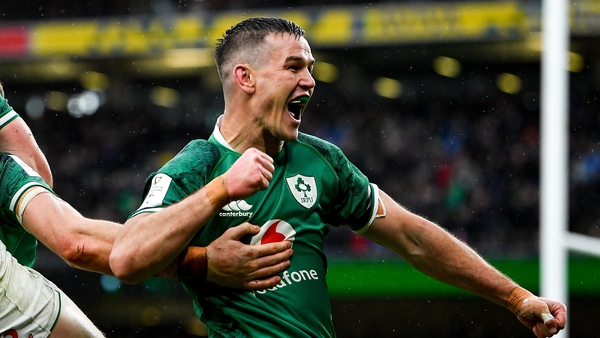 'When I added everything up, it was an easy decision' - Sexton determined to prove his worth for World Cup