If Marcus Smith was to get fed up and retire from rugby next week, the box-score of his career would probably top the majority of players, despite him only turning 23 last month.

By the time he hit that birthday on Valentine's Day, the bullet points from his still young career show more than 120 appearances for Harlequins, almost 100 of which have been in the Premiership.

He's nailed on as England's starting out-half and closing in on his 10th cap, although many people would say he should have double or treble that amount.

He's played three Six Nations games and been Player of the Match twice, while in November he nervelessly kicked the winning score to beat the world champion Springboks.

His rise has been remarkable, but a surprise to nobody; he may only be 23, but he's already a seasoned campaigner.

He first came on the scene for Quins in September 2017, when at 18 years and 200 days old he became the second youngest player - behind his current England teammate George Ford - to play in the Premiership, lining out against London Irish in the season opener.

Within a couple of week he already had his first Player of the Match award, kicking 14 points in a win away to Wasps.

"Marcus is incredibly level-headed — his greatest strength is his strong mind," said John Kingston, who at the time was head coach of Harlequins.

"He has loads of energy, he's eager to learn and he's wise above his years. I’m excited to see how good he can be."

Born in the Philippines before moving to Singapore aged six, Smith and his family eventually settled back in Brighton when he was 13. It seems rugby has been his fall-back sport, having had ambitions to be a professional footballer in his early teens, reportedly having trials at Tottenham Hotspur.

But football's loss has been rugby's gain, and following his first few Premiership appearances Eddie Jones decided to have a closer look, bringing him into his England squad as an 'apprentice', with Jones remarking at the time that he would "clean some boots and hold some tackle bags".

"We're sure he'll do that well. He went to a good public school so he's well educated to do that. He's an apprentice and he's come to learn about the game, so don't get too excited.

"At this stage he's fifth-choice number 10 so I'm sure he's going to be good at shining George Ford's boots. To move up, he needs to be a good shiner."

The coverage of Smith, both professionally and personally has reached extraordinary heights in recent months, and it's arguable that his slow introduction into Test rugby has been a conscious decision by Jones to shield him from the limelight.

Jones knew he had a talent on his hands, but he's been slow to unleash it.

While Smith did represent England in a non-capped game against the Barbarians in June 2019, he had to wait until the summer of 2021 to become a fully-fledged Test career.

He scored a try on his debut against the USA, before earning a second cap a week later against Canada, hitting nine out of nine conversions before being subbed off on 65 minutes to be told he'd been called up to the British and Irish Lions squad, a moment that was wonderfully captured live on TV.

His Lions call-up was precautionary, supplementing Dan Biggar, Owen Farrell and Finn Russell who had been carrying a knock leading into the Test matches, while he looked at ease in his only tour games, a 49-3 win against the Stormers.

"I really enjoyed my time with Marcus in the summer. I thought he was a really good bloke and willing to learn, willing to get better. He is ridiculously talented, isn't he?," said Wales captain Dan Biggar before this year's Six Nations.

The larger his profile has grown, the more he's had to deal with pressures both on and off the pitch.

Last July, after his call-up to the Lions, he found himself the subject of racially charged comments by former Ireland international Neil Francis, who was ultimately sacked from his role as a columnist with the Sunday Independent.

The coverage of Smith, both professionally and personally has reached extraordinary heights in recent months, and it's arguable that his slow introduction into Test rugby has been a conscious decision by Jones to shield him from the limelight.

"The big thing for good young players is distractions," Jones said in November.

"The distractions could be the exposure they get in the media, the praise they get, the criticism they get. There can be groups of agents who see this guy as the next big thing.

"There's a reason why the young girl who won the US Open (Raducanu) hasn't done so well afterwards.

"What have you seen her on – the front page of Vogue and Harper’s Bazaar or whatever it is, wearing Christian Dior clothes. All that is a distraction around her. It might not be to that degree with Marcus, but potentially it could be."

His wording was poor, but Jones had a point at the time.

While Smith had already achieved so much by the time he was 22, his career still has the potential to take some contrasting routes in the future.

But it would appear that the out-half's rugby ambitions far outweigh his celebrity. 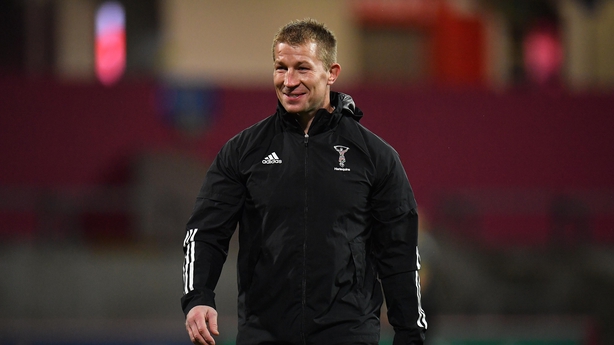 Former Munster and Ireland hooker Jerry Flannery (above) has been working with Smith at Harlequins since 2020.

"He's the last player off the training pitch every single day. He's incredibly durable and a fantastic athlete," he said last year.

"You often see young players stuttering through that weird phase between underage representative rugby and senior level. He hasn’t missed a jump. You try to give him a break and he wants to be on the sideline running messages.

"You come across players who are ambitious, confident or even cocky but Marcus is very coachable and always looking to improve. Every week he’s striving."

It helps that those involved with English rugby know they need to give him all the support he needs.

Since his breakthrough as an 18-year-old, he's consistently been labelled 'the new Jonny Wilkinson', a heavy tag to carry.

Wilkinson has worked a lot with Smith in recent years, most recently in a consultancy role during England camp in 2021.

This Saturday he will line out opposite Johnny Sexton when Ireland face England.

Thirteen years older than his opponent, Sexton was yet to win a first Irish cap when he was the same age as Smith is now.

And his role as a confidant to Smith is likely to help the 23-year-old deal with far more than on-field challenges.

The World Cup winner has spoken previously of the long-running struggles he had with anxiety during his career, as he dealt with the weight of being the apparent saviour of English rugby.

"Touch wood, so far it hasn't been any stress on me. I am happy and enjoying my life at the minute, Smith said last month.

"I've been very lucky to work with Jonny (Wilkinson) for the last four or so years. Every time I meet him I leave with a new breath of life. He teaches me a lot. Not just about rugby, not just about kicking but a way of living your life. How to be when pressure comes on, when pressure’s not on, when things go your way, when things don’t go your way.

"If you can learn to control those sort of things, you eventually become bulletproof, which is where he was towards the latter stages of his career. I am learning a lot off him with regard to my mental strength and stability."

Smith added: "I genuinely feel I've improved my game and improved myself as a person (during the autumn campaign). You're out of your comfort zone every time you step into an England camp; it’s not always the same players there, you’ve got to get to know people and get to know how to get the best out of your team-mates, who reacts well to shouting, who reacts well to an arm around them.

The evidence of his early foray into Test rugby would suggest he's at ease at this level of the game.

He's been devastating against the weaker sides, while he's also nailed the clutch moments, like his match-winning penalty against South Africa in November.

"The thing about Smith is that he relishes the responsibility," said 2003 World Cup winning coach Clive Woodward.

"He sees it as an integral part of his game. We might feel nervous for him but he's in his comfort zone."

The current head coach Jones concurs: "There's no ceiling to how good he can be."

This Saturday he will line out opposite Johnny Sexton when Ireland face England.

Thirteen years older than his opponent, Sexton was yet to win a first Irish cap when he was the same age as Smith is now.

"Marcus has come in, he's had a big impact on international rugby already," said Sexton earlier this week.

"He’s done so much at such a young age; to win the Premiership, to have got his English cap, to go on the Lions tour.

"He’s ticking a lot of boxes already and he’s got the world at his feet, really. It’s how he can keep those feet on the ground and keep working hard.

"But he’s been very impressive so far and he’s shown all the tricks: short kicking game, good passing game, good running game, so he’s got it all and he’s going to be a big player over the next 10, 12 years for England."

Whatever the result of his first meeting with Ireland, it's certain to be the first of many. 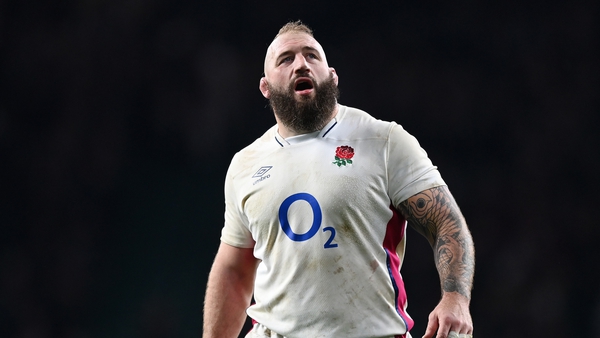