While Ireland have taken huge strides forward in the last 12 months, they have taken one step back into the French shadow after their loss in Paris on Saturday night.

In other years that result might be more negative, however, we have learned from past experiences that peaking in the middle of a World Cup cycle builds a lot of expectation but hasn't resulted in a tournament that most would consider to be successful.

Realistically, success in Irish rugby won’t be limited to winning the World Cup.

A winning quarter-final has escaped Ireland and although the players will disagree strongly with the public view, I believe that most supporters would consider a competitive semi-final to be a step in the right direction.

There were so many positives about Ireland’s performance.

It’s hard to believe it was only his first start, considering the amount of rugby he has played. He was more than ready and backed up his talk from the week leading up to the game.

His cross-field kick pass to Andrew Conway at the start of the second half will have reassured everyone that he is ready for a real competition with Johnny Sexton in the next 18 months.

Ireland went toe to toe with the form team in the world.

Les Bleus have the power and pace to do damage to any team in the world now and Shaun Edwards is rightly getting a lot of credit for the way they contained Ireland.

The defence created issues, and they hammered the Irish breakdown. They caused a lot of untidy possession at the set-piece too.

Ireland managed to claw their way back into the game before coming up short and they did so with more penalties and errors than we’ve seen of late.

The penalty count came from direct pressure from France, so too did the errors that are uncharacteristic of these Irish players.

Jamison Gibson-Park had a mixed performance. He had moments of excellence, particularly his sniping run to score and really put the pressure on France.

However, his inability to exit efficiently cost Ireland. Conway had a couple of errors on kick chase which is his bread and butter and a real point of difference for him, alongside his devastating ability to finish.

Caelan Doris had an average day compared to his usual high standards, the French defence took time and space away from Ireland when they were on the ball and the Mayo man made a few errors along the way.

All of this, while missing Sexton and Ireland still ran France very close away from home.

In saying that, that’s going to be the reality in 18 months. Fabien Galthie’s side will be at home and Ireland will be under pressure for large parts of the game if their paths cross at the World Cup.

The hosts didn’t play at their best but were still worthy winners, putting them in pole position for a Grand Slam. It’s hard to believe that they’re still only fifth in the world rankings.

Farrell’s men now have a week off and then face their easiest game of the competition, against Italy, to regroup.

The question now is how does the head coach use the rest of the tournament?

What will Ireland try to get from the remaining three games?

They will still need to win all three games to push on and test where they are compared to the likes of England, but which personnel will Farrell use to get them over the line? 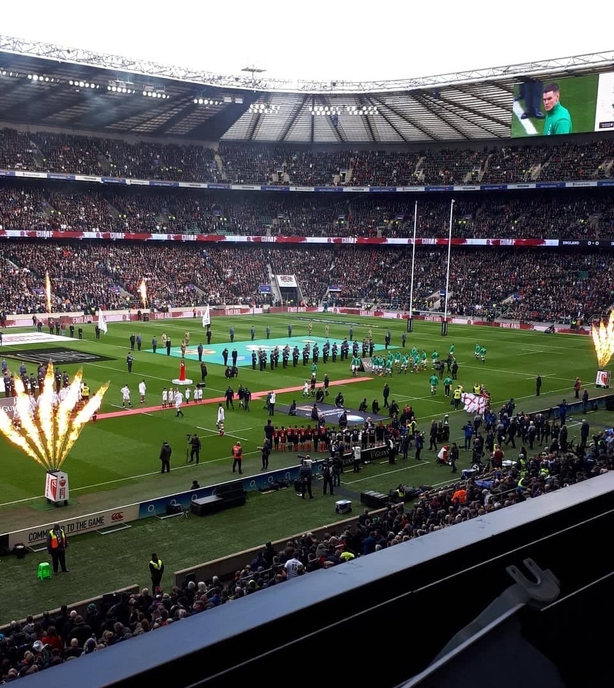 He has created such an environment now that most of the squad is good enough to go to Twickenham and win.

The Italian game will be used to get more players on the pitch, however, if you look at Farrell’s past selections, it won’t be used as a game to give everyone a run.

There’s nothing more frustrating than struggling against Italy, beaten 33-0 by England on Sunday, when everyone involved will be expected to beat them out the gate.

I would expect Farrell to pick a couple of key positions and give those guys vital game time while keeping the rest of the team intact.

You would assume that it’s a good opportunity to allow Sexton further rest, while Tadhg Furlong looks like the next most important member of this squad.

"Our bench isn't geared up to come on and actually give impact"@bernardjackman explains how the loss to France shows Ireland's need to add more squad depth #RTERugby #AgainstTheHead #SixNations #FRAvIRE pic.twitter.com/3UVLz7cmu2

His ability in the scrum is vital going forward, however his handling is majestic in the middle for the pod of three that Ireland have used for most of their gain line success.

He can still be a ball carrying threat while pulling the pass backwards and staying square which is a difficult skill to execute in the heat of battle, after getting your head out of scrums and mauls.

I’d expect Furlong to at least get some rest in the Italian game, if not sit it out completely. 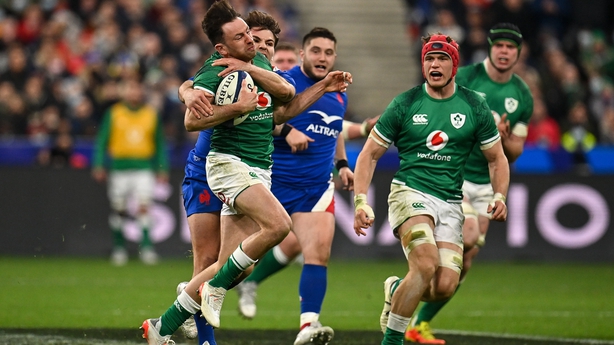 Hugo Keenan (above) has been ever present for Ireland since making his debut and surely will need some down time; if nothing else we need to see how Mike Lowry will fare at international level.

Henshaw needing game time might restrict James Hume to the bench and I think you have to allow Mack Hansen to continue to grow his international experience.

Conway might make way for Robert Balacoune but as I mentioned, Farrell doesn’t like to make too many changes at once so that might be a step too far.

I’d expect only one change in the back three to start the game.

Up front, there are a few members of the team that need more game time.

James Ryan and Iain Henderson could start the game, while Tadhg Beirne might be allowed to continue in the back row.

If Gavin Coombes is going to get his shot at a green jersey this may be the time to do it but like the back three, I wouldn’t expect wholesale changes in the backrow.

This is the interesting part of selection.

The coaches will know a lot more than us about who needs game time, who are the most important players to develop for their game plan and in what combination you’d like to see that happen.

Most people were shocked by the start that Hansen has had to his international career, but it came as no shock to anyone that was inside the camp.

What the coaches see day to day in Irish camp and what we see in league games can be two very different things.

It’s also very hard to know when looking in from the outside whether some decisions are being made as part of the system and how happy coaches can be with how the players played to that game plan, versus how we perceive it from the outside.

Whatever way this Irish team approaches the next rounds of the Six Nations, there’s still a lot to play for and losing a Grand Slam in the year out from a RWC isn’t the end of the world.

The potential within this Irish side is hugely exciting and this will give them the opportunity to grow, at the right time. 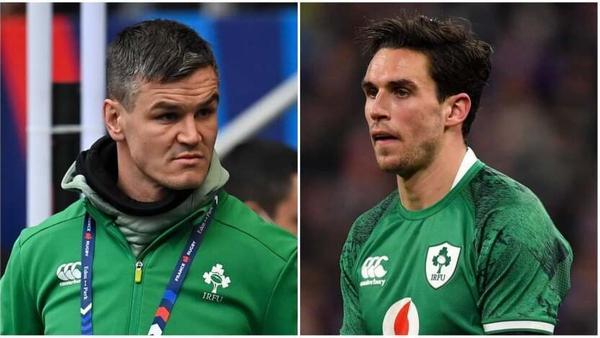 Defeat to France can stand to Ireland in long term