Connacht's Mack Hansen will make his Ireland debut this Saturday, after being picked in the starting XV for the Guinness Six Nations opener against Wales (live on RTÉ2 and RTÉ Player).

Just seven months after moving to Ireland from his native Australia, the winger makes the step up to Test rugby after impressing head coach Andy Farrell on the recent camp in Portugal.

Hansen, who qualifies for Ireland through his Cork-born mother, has scored six tries in nine games for Connacht since joining from the Brumbies, seeing him take the vacant 11 jersey left by the injured James Lowe, and getting the nod over Keith Earls, Robert Baloucoune and Jordan Larmour to start on the left wing.

He joins Munster's Andrew Conway and the ever-present Hugo Keenan in the back three, with Keenan one of 11 Leinster players in the first XV, along with two each from Munster and Connacht, with no Ulster representative in the starting side.

The only other surprising call comes in the centre, where Bundee Aki is preferred over Robbie Henshaw to partner Garry Ringrose, with Henshaw not included in the matchday 23. Ulster's in-form centre James Hume is instead chosen as cover.

Leinster pair Jamison Gibson-Park and captain Johnny Sexton continue in the half-backs, with Conor Murray set for his 93rd Irish cap off the bench, along with Munster teammate Joey Carbery.

Iain Henderson misses out altogether, with the Ulster captain having played just once since the win against the All Blacks due to consecutive hamstring and ankle injuries.

Tadhg Beirne partners James Ryan at lock, while Ryan Baird is among the replacements.

There are no surprises in the front row, with Andrew Porter, Ronan Kelleher and Tadhg Furlong almost automatic selections based on their Autumn Nations Series form.

And the back row is equally settled, with Jack Conan packing down between flankers Caelan Doris and Josh van der Flier. 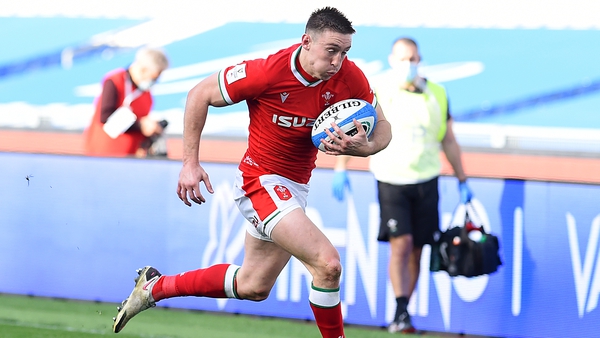