Wales captain Dan Biggar says that Johnny Sexton "would be very near the top" in terms of a most difficult opponent during his rugby career.

The fly-half rivals – 2017 British and Irish Lions colleagues in New Zealand – are set for the latest of their many career battles when Ireland and Wales kick off this season's Guinness Six Nations on Saturday (2.15pm).

Between them, they have won 196 caps for their countries and amassed almost 1,500 points, and their influence shows no sign of waning.

"Whenever I get asked who has been the most difficult person to play against of the last 10-12 years, there is no doubt Johnny’s name would be very near the top," Biggar said.

"He is very similar to myself in terms of the drive, the will to win, scrapping for absolutely everything on the field.

"It’s a testament to him in how he has managed to handle himself and keep his form going into his mid-30s. I don’t think anyone is sure how old he really is!

"He is going really strong, and I’ve got a huge amount of time for Johnny. There are very few people more deserving of 100 caps in international rugby than Johnny.

"It is always a challenge playing against him. We may not be the best of friends for 80 minutes on the pitch and quite narky at each other.

"But away from the field, he is an absolute pleasure to deal with and I have a huge amount of time for him."

In Biggar, though, Pivac has turned to a natural leader who will relish the challenges ahead, including a testing Aviva Stadium opener, where Wales have won just once from their last seven visits.

"I’ve seen the captaincy more as a tag than a burden or anything which is going to add extra pressure, because I am going to try to be exactly the same as I was in terms of being around the boys in training," Biggar added.

"Ultimately, I want to be exactly the same as I’ve always been. A lot of the very good captains I have played under know when to speak and when not to, so it doesn’t just become white noise when they do speak.

"I think that is the biggest thing, which is something I will have to learn on the job a little bit because my voice is normally heard in training because of the position I play and the standards I expect.

Wales captain Dan Biggar: Really tough start going to Ireland, with the form that they showed in the autumn. It's really important to get off a good start. We are coming into the tournament as champions so there is a swagger in the group #RTERugby #IREvWAL pic.twitter.com/ONtSyRzhgn

"I don’t want to be the general of the team making the point and then do the same as captain. I’ve asked a lot of the players around me to make sure it is not just my voice.

"We’ve been lucky to have a fair bit of success over the last number of years. When you are successful and achieve, it sort of becomes second nature.

"We are also aware it’s going to be a tough ask with the number of players we have got missing, but we work our socks off here.

"It is certainly not a holiday camp, and if you put a lot of hard work in, you tend to get results at the end of it." 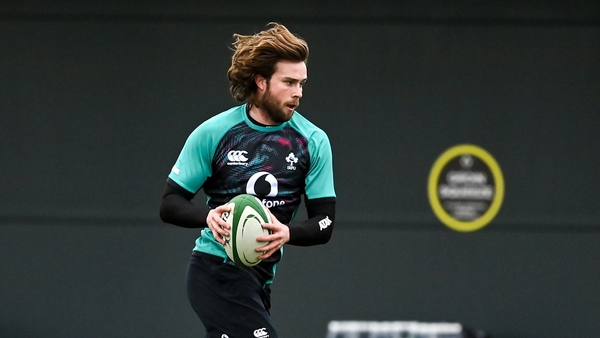