Leinster are considering hosting their Heineken Champions Cup last-16 clash against Connacht at the Aviva.

The club was due to discuss today with "all stakeholders" the viability of moving the game from the RDS.

The sides will meet in the Sportsground on the weekend of 8/9/10 April and then the following weekend in Dublin.

"Leinster Rugby will meet [today] and will discuss with all stakeholders, both internally and externally, the possibilities around a venue for the Round of 16 home fixture against Connacht Rugby in the Heineken Champions Cup. Both the RDS Arena and Aviva Stadium will be discussed as options," they said.

Leinster prop Michael Ala'alatoa, who joined the club at the start of the season, said he'd love to play at the bigger venue.

"I still haven't played in front of a full crowd at the Aviva yet, given that the restrictions have eased off a bit it’d be awesome to have the game there," said the Samoan international. "It would be something special." 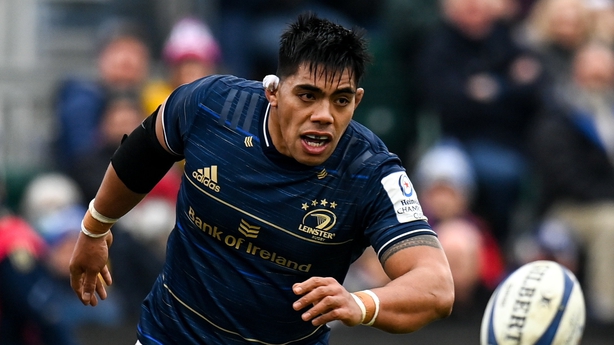 Meanwhile, senior coach Stuart Lancaster said that the first match will be the crucial one and that he can't afford to worry about the return leg.

"The only game I'll be focusing on is the game away from home first of all because that will set the tone for the whole thing," he said ahead of Saturday’s United Rugby Champions clash away to Cardiff.

"Whether it’s the RDS or the Aviva it’s, not irrelevant, but the big factor in this home and away series is a good performance on a weekly basis.

"If you get too far ahead and thinking about 'we’ve just got to wait until we get them at home’, you are potentially going to to come unstuck in the away game.

"I wouldn’t even get my mind exercised about where at home until the time comes.

"The thing that matters is having a good lead-in to that game.

"Having a good period now in the URC, pick up points and then all roads will lead to that game away from home and that will be the sole focus." 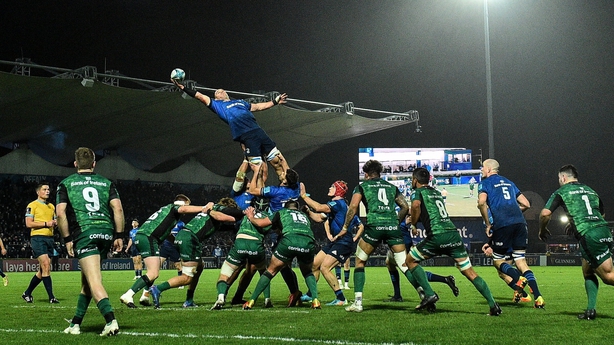 The teams met at the start of December with Leinster recording a 47-19 win but this will be their first meeting in Europe.

Unusually, it will be decided on an aggregate score over the two legs with winners facing either Clermont of Exeter.

"It’s not something I’ve come across personally although it did occur in England when the bottom Premiership team would play the top Championship team in a two-legged affair.

"I remember watching those games and speaking to the people involved.

"I had something similar, not the same, but in 2015 when it came to that Super Saturday and England went into a game needing [26] points to win against France and everyone then starts looking at the scoreboard and trying to do the maths, what needs to be done.

"Definitely something I learned then [was to try] to keep players focused on the performance and not distracted by the scoreline.

"From our point of view, we have a huge amount of respect for Connacht, for the environment they play in, for the ground, the people, how much they care.

"From an Irish point of view the Six Nations will finish and fingers crossed, Covid-permitting, there are going to be two fantastic crowds entertained by seeing the best of Irish talent go head-to-head against each other.

"I don’t think it gets much better."