Three Irish teams are already qualified for the last 16 heading into the final round of games, and the likelihood is that it will be a full house by Sunday evening.

Connacht joined Munster and Ulster in securing qualification earlier today, with the cancelation of Toulouse v Cardiff ensuring that Connacht couldn't be knocked out of the top eight in Pool B, regardless of what happens in their meeting with Stade Francais on Sunday.

Leinster are still yet to qualify though, and are still wounded by the concession of a 28-0 walkover to Montpellier in December.

However, they will be expected to do the business away to Bath in Saturday's early kick-off, which would see them qualify, as well as ensuring home advantage for the second leg of their last-16 tie.

For Munster and Ulster, with qualification assured their only focus is getting as high a seeding as possible. The top two in each pool get home advantage for the second leg of the last 16, while they would also have home advantage for a potential quarter-final.

A win of any kind for Ulster against Clermont on Saturday would see them be guaranteed a top two finish in Pool A, although they are unlikely to catch leaders Racing 92 who will be expected to take maximum points from their home meeting with Northampton.

For Munster to finish in the top two of Pool B, they will need to better the result of either Leicester Tigers or Harlequins, Johann van Graan's side welcome a rejuvenated Wasps to Thomond Park, with the English side bouncing from recent wins against Toulouse, having seen their injury troubles ease.

All games are live on BT Sport, while Bath v Leinster is also shown on Virgin Media and Channel 4.

Conditions look promising for all four games involving the Irish sides this weekend. For Leinster's trip to Bath, it's likely to be cold but sunny, with temperatures around 4C, with very little wind. It's expected to be slightly breezier, but also a bit milder in Belfast, where Ulster take on Clermont Auvergne. On Sunday, Connacht fans travelling to Paris should expect dry afternoon with temperatures of 3-5C. It's expected to be quite calm in Limerick Sunday afternoon where Munster host Wasps, with a dry day expected and temperatures of 8-9C.

Leinster would have been expected to finish in the top two of Pool A, so their 28-0 concession to Montpellier in December will likely cost them home advantage for a potential quarter or semi-final.

A win of any kind at the Rec will ensure they advance to the Round of 16, but in reality even if they lose it would take a remarkable set of results for them to drop out of the top eight.

They cruised to a 45-20 win when the sides met in Round 1 at the viva Stadium, despite Leinster playing nowhere near their best rugby.

Bath remain firmly planted to the bottom of the Premiership table, although they did pick up their first win of the campaign earlier this month against Worcester.

Their European form in recent seasons is just as bleak, with Stuart Hooper's side on a 10-game losing streak in the Champions Cup.

This will be their 13th meeting in the competition, making Leinster Bath's most frequent opponent, but Leo Cullen's side have on 10 of the previous 12 meetings.

While they are already qualified, this game is far from a free hit for Dan McFarland's side.

The prize of home advantage later in the competition is far too great for them to become complacent, and a win of any kind will see them finish in the top two in Pool A.

Ulster's win at Stade Marcel Michelin surprised many, and they've since followed it up with back-to-back bonus point victories against the Northampton Saints, the most recent of which saw their backline sizzle in spite of the absence of John Cooney, Stuart McCloskey and Jacob Stockdale.

Consistency is Ulster's toughest opponent though, either side of their wins against Northampton was that disappointing second half performance against Munster.

The form book is encouraging for Ulster; they've won all three of their previous meetings with Clermont in Belfast, while they've won 10 of their last 11 home games in the competition.

Clermont are clinging on to a place in the top eight of the pool, so in theory there should be plenty of fight in their side. The French side have also been better away from home in recent seasons, winning their last four away games in this competition.

Their head coach Jono Gibbes will also be quite familiar with Ulster, having been in charge at Kingspan Stadium from 2017 to 2018.

Following last week's agonising defeat to Leicester at the Sportsground, Connacht will be hoping to bounce back in style this Sunday against Stade Francais in Paris.

If they can produce anything close to a repeat of their previous encounter with Stade at the Sportsground in December, they should be well on their way to improving their seed for the knockout stages.

Andy Friend's side were 39-9 winners when the sides met in Round 1, with Stade playing a similar kicking game to the one Connacht will have faced in recent weeks against Leicester and Munster.

Another area of optimism for Connacht is the 4g pitch at Stade Jean-Bouin, which should provide an ideal platform for them to play the running game they are best suited to.

The French side have won 35 of their 36 home games in the pool stage of the Heineken Champions Cup, their only defeat coming against Harlequins in 2008/09 (10-15).

Meanwhile, Connacht have lost their last seven away games in the competition, but the last three defeats came by margins of fewer than seven points.

Stade look much stronger than their December line-up, with Ngani Laumape and Clement Castets adding bulk to their squad, while Connacht are without Finlay Bealham, Ultan Dillane, Kieran Marmion and Bundee Aki.

Six weeks ago it looked like Munster's season had exploded into life when their patched-up team hammered Wasps in Coventry, but while they have won three of their four games since, their performances have not been convincing.

They scored four tries that afternoon, but have crossed the line just five times in the four games since.

Despite their performances, a place in the quarter final is already assured, with just their seeding left to be determined.

Wasps have picked themselves up from that defeat in December, and with the help of some key players returning from injury they have beaten Toulouse and Leicester Tigers in recent weeks.

However, they will be without out-half Jacob Umaga for the trip to Limerick, after his red card against the defending champions a week ago.

Sunday's game will be the sixth between the sides in this competition, with Munster leading the rivalry by three to two. 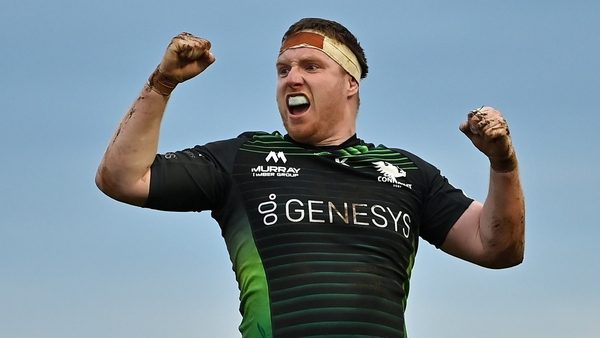