The postponed games from Round 2 of the Heineken Champions Cup will not be rescheduled, with the EPCR confirming that each game will be marked down as a 0-0 draw.

Five Champions Cup and two Challenge Cup matches from December were initially postponed, after heightened travel restrictions were brought in between France and the UK at short notice.

The EPCR had been hoping to reschedule those matches, but the lack of an available window means this would not be possible without making significant changes to the format of the competition for the second season in a row.

As a result, the EPCR Board and Executive have determined the games cannot be played, with each team awarded two match points for the scoreless draw.

However, this ruling does not include Leinster's cancelled Round 2 meeting with Montpellier.

The French side were awarded a 28-0 bonus point win after it was deemed it was unsafe for the game to proceed, with Leinster in the midst of a Covid-19 outbreak at the time.

A statement from the tournament organisers this evening says they were not in a position to overturn previously decided games.

"A distinction should be drawn between the decisions in respect of the seven Round 2 matches in question and other tournament fixtures which were previously cancelled due to Covid-19 outbreaks or forced isolations affecting player availability.

"Those previously cancelled fixtures could not have been played as scheduled under any circumstances, whereas the clubs involved in the Round 2 matches in question were all cleared and available to contest the matches.

"Therefore, the determined outcomes of the three previously cancelled or forfeited Heineken Champions Cup fixtures, and the one EPCR Challenge Cup fixture, will stand," their statement says.

Following the announcement, Leinster said they were "disappointed" with the decision of the EPCR and said they would meet to discuss their options tomorrow.

#LeinsterRugby are disappointed with the decision of EPCR this afternoon and will meet tomorrow to discuss what, if any, option remains open to the club. #FromTheGroundUp https://t.co/suo21dcxL8

This evening's decision means that both La Rochelle and Sale Sharks leapfrog Leinster in Pool A of the tournament, with Leo Cullen's side dropping to seventh, while Ulster remain unaffected in second place.

Connacht fall to sixth in Pool B, with Toulouse and Bristol Bears both climbing above them in the updated table. Bristol sit fifth in the pool, despite both of their games being cancelled.

The EPCR did not give any update on the status of this weekend's Round 3 games, with tournament organisers facing further headaches around travel between the UK and France.

It's hoped that an agreement can be reached which would see travelling UK teams being exempt from a mandatory quarantine in France before this weekend's games. 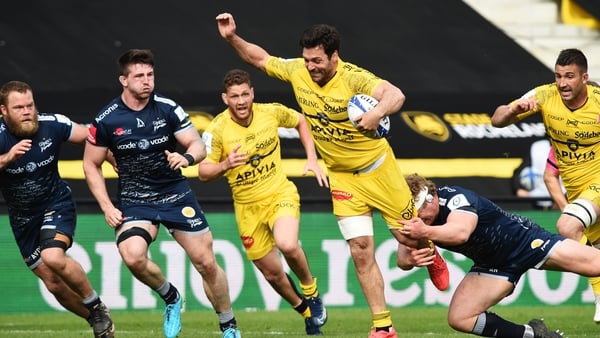