Connacht will be without leading try scorer Mack Hansen for Saturday's Heineken Champions Cup meeting with the Leicester Tigers at the Sportsground.

The Irish-qualified Australian has suffered a recurrence of the calf injury that saw him miss the earlier meeting of the sides last month at Welford Road.

However, the winger is in line to return for their Round 4 trip to Stade Francais in Paris.

In better news, Jack Carty is fit and available having suffered a nasty facial injury in their United Rugby Championship win against Munster on New Year's Day.

Some of the province's long-term injuries are also making steady progress, with Denis Buckley continuing to integrate into team training following his seven month ACL layoff, ahead of a potential return to action by the end of January.

Tom Daly, Peter Robb and Gavin Thornbury are all expected to be back in training within the next month.

"It's really competitive and it makes selection very difficult, because I honestly feel that we've got doubles, if not more, in every position that could definitely do a job for us," head coach Andy Friend said.

"So when we do select that team there is a lot of frustration and anguish about the blokes who have missed out.

"But yeah, we've got a pretty clean bill of health at the moment so we're in a good space as a squad, which is good at this stage of the year.

"That's probably the only plus coming out of all the weekends off, you get a chance to recover and recoup, and we're in a good space on that front."

The province have made no secret of their ambitions to become the first Connacht team to reach the knockout stage of Europe's top-tier competition, and a win this Saturday against the Premiership leaders would almost certainly seal their passage to the last 16, even with a game to spare.

"I'm not going to say it's season-defining," the Australian added.

"If we win, it will be a massive boost for what we want to achieve, which is to get out of the pool stages and into knock-out. If we're not to win, well, we'll see how the game unfolds and what areas did it not happen in.

"But we are of the belief that we can win this game. That's our intention, to go and win it, and if we do we'll deal with whatever comes after that."

The Tigers were 26-23 winners when the side met at Welford Road in December, with Connacht having led the game 12-20 after 50 minutes.

"I think we've got to take the positive elements out of that, where we did cause them trouble, whether that was off our line-speed in defence or our consistency in our kicking game and dealing with their kicking game, our attack and the way we attacked."

However, the two-time champions seized control of the contest when their replacement front row dominated Connacht's tiring scrum, which Friend says was a match-winning turn of events.

"If you asked me in the 49th minute I would have said yeah, we're in control here. At the 50th minute, when they brought on their three front-rowers – and I thought the timing of that for them was very clever – that changed things for us.

"They got that scrum penalty into the corner, we gave away a penalty off the lineout and the rest is history, the repeated scrums under the sticks, a yellow card and it's very, very hard to play against anybody - let alone Leicester Tigers at Welford Road - with 14 men.

"Upon reflection they were the better team on the day because they dealt with those pressure points better, but I was really really pleased and proud of the fact that we got the bonus point which has kept us alive, and now we welcome them on Saturday.

"I think we've got to take the positive elements out of that, where we did cause them trouble, whether that was off our linespeed in defence or our consistency in our kicking game and dealing with their kicking game, our attack and the way we attacked.

"But again, you know what is coming. There is a reason they have only lost one game this year, and probably shouldn't have lost that either, but credit to Wasps, they managed to hold them out for 80 minutes.

"We've just got to be better at being us, and if we can do that, I think we can hurt them." 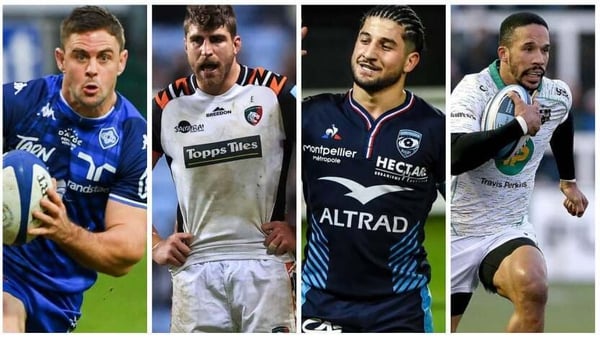