Always a long shot, and with the timing just not right, Ronan O'Gara has ruled himself out of the running for consideration as next Munster head coach.

The former out-half was inevitably linked with the position once Johann van Graan announced on Tuesday that he is set to depart this summer for Bath.

A legend at the club after a 16-year career where he won two Heineken Cups, the Cork man is also the province's leading point scorer.

The 44-year-old has had coaching spells at Racing 92, Crusaders and is now the director of rugby at Top14 outfit La Rochelle, where he is just half a season into a three-year deal. 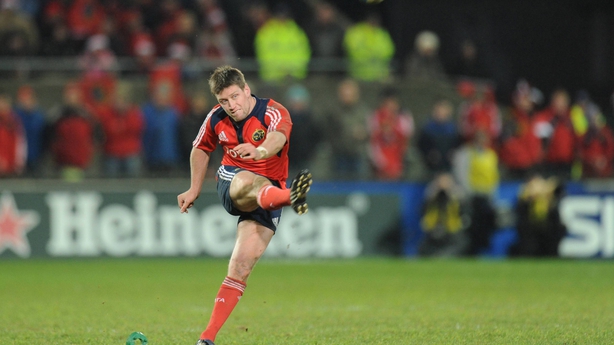 "I am in a very happy place personally and professionally here in La Rochelle," he wrote in the Irish Examiner.

"I love Munster rugby, I always will, but now is not the time.

"It is always nice to be considered a potential candidate, and I’ve had an initial courtesy call, but it goes no further.

"I have signed a contract until 2023 and I have never broken one.

"I’d like to think I’m a man of my word and if I was to walk on La Rochelle after five months as head coach, I’d be some Judas."

On the possibility of O’Gara joining Munster, Lenihan said: "Right now, I don’t think ROG would be interested in the job for all kinds of reasons.

"He’s a committed guy, he’s signed for La Rochelle for three years. I know his eldest lad is in secondary school in France.

"Ronan knows what he wants, he’s not going to be kowtowed by somebody waving a Munster flag at him, he’s way beyond that."

Bernard Jackman, on 2fm's Game On, also suggested that former Munster and Ireland head coach Declan Kidney could be "a good bet".

Kidney is currently director of rugby at Premiership side London Irish, where Les Kiss is head coach.