Iain Henderson will make a welcome return for Ulster, when they host the Northampton Saints in Belfast tomorrow evening.

Following last week's win away to Clermont, Dan McFarland's side could take a big step towards a place in the last 16 with a win against the Premiership outfit.

Henderson has been sidelined with a hamstring injury since late November, when he was a late scratch for Ireland's win against Argentina, and returns among three changes from the side that claimed a famous win at Stade Marcel Michelin.

The captain packs down alongside Alan O'Connor, who skippered the side a week ago, while Kieran Treadwell drops to the bench.

Marty Moore steps into the front row, with Tom O'Toole held in reserve, while the experienced Craig Gilroy is named on the right wing, after Robert Baloucoune was ruled out with a shoulder injury.

South African World Cup winner Duane Vermeulen continues at number eight, and is in line for his home debut.

James Ryan and Jack Conan were due to start for Leinster in their Heineken Champions Cup trip to Montpellier tomorrow, but the match was cancelled.

Leinster head coach Leo Cullen had made eight changes to his side from last week's opening win against Bath at the Aviva Stadium.

Both Leinster and Montpellier have been dealing with a Covid-19 outbreak in their squads, though the Irish side have not revealed the names of any players who have tested positive, making it unclear whether players were being rested or unavailable.

Despite that, Cullen was able to name a highly competitive matchday 23, with five potential European debutants in the panel.

Jamie Osborne was the only one of those in the starting team, the academy centre coming in for Garry Ringrose in midfield to partner Ciarán Frawley.

While Tadhg Furlong, Hugo Keenan, Josh van der Flier and Caelan Doris all dropped out, James Ryan and Jack Conan were due to make welcome returns to the side.

Conan was one of three Ireland internationals drafted into the back row, with Max Deegan and Dan Leavy also named to started.

Meanwhile, Andrew Porter was going to switch back to tighthead for the day with Cian Healy coming into the starting front row.

In the backline, Jamison Gibson-Park and Ross Byrne were to team up in the half-backs, as Johnny Sexton remains out with a knee injury.

Jimmy O'Brien and Adam Byrne were to replace Keenan and Jordan Larmour. 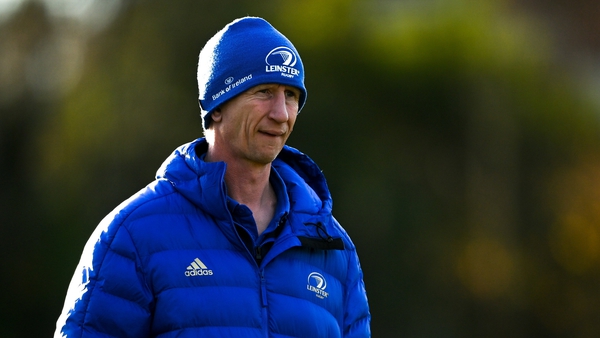