Munster out-half Joey Carbery is facing a spell on the sidelines after it was confirmed he fractured his elbow in the Heineken Champions Cup victory over Wasps at the weekend.

The only negative from the morale-boosting win on Sunday with a depleted squad was the sight of the No 10 leaving the field of play in a makeshift sling.

The 26-year-old, who landed six successful kicks in the win in Coventry, will undergo surgery on Thursday.

Carbery has endured a difficult time on the injury front since swapping Irish provinces in 2018.

Having already missed several weeks of competitive action in the aftermath of the 2019 World Cup, Carbery briefly resumed provincial duty before undergoing ankle and wrist surgery in January 2020.

The out-half had to wait all of 13 months for his next competitive game and has made 13 provincial appearances since then, while also featuring in the summer and November internationals, kicking three vital penalties in the win over the All Blacks after his introduction to the contest.

Ireland head coach Andy Farrell will be monitoring his progress closely with a Six Nations campaign set to begin on 5 of February at home to Wales.

Munster also confirmed that the 14 players and staff who were quarantining in Cape Town after testing positive for Covid-19 while in South Africa have now all safely returned home, with the "majority" of the 34-person travelling party having now completed their quarantine period. 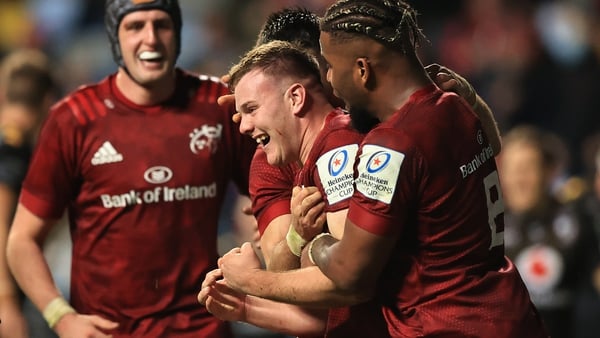