Bundee Aki looks to be winning his fitness race ahead of Sunday's Heineken Champions Cup clash with Leicester Tigers at Welford Road.

Knee injuries either side of the Autumn Nations Series have seen Connacht without the centre since their defeat to Munster at Thomond Park in October.

The British and Irish Lion trained today as the western province get ready for their visit to the Premiership leaders.

And they are hopeful he'll return to the lineup this Sunday.

"He's a great energy around the group.

"To go to Welford Road you need your most experienced, and biggest players and Bundee is certainly one of those. If he's available there's every chance he'll be playing."

It's a welcome boost for Connacht who saw off Stade Francais 36-9 on Sunday, despite missing several first-team regulars.

Mack Hansen was also ruled out of last week's win following a calf injury. And while Friend seemed less confident he'd be available for the trip to Leicester, he is in contention for a return.

"He's getting better, but we'll wait and see how the week plays out as to where he ends up," the Australian added.

While Connacht have developed a fast and loose brand of rugby, the Tigers have centered their style on a strong kicking game and dominant setpiece under head coach Steve Borthwick. Orthodox meeting southpaw. 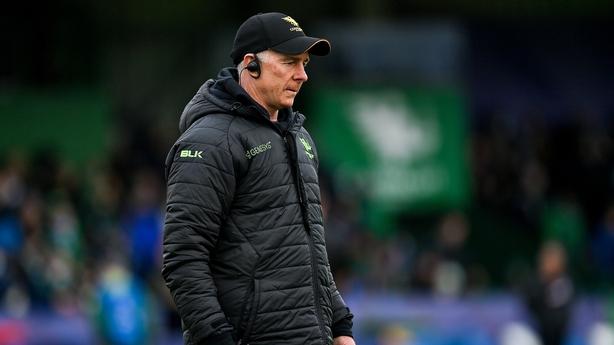 "I also think it's going to be a really fascinating clash of two styles of rugby," said Friend (above).

"We kick, as do most teams, but we don't kick to the same level. We have different threats I believe.

"They've got massive threats in their set piece and mauling game, big bodied men and in their kicking game.

"I think their game style is pretty obvious what they're trying to do. They had something like 55 or 57 kicks at the weekend, so it's very much a territory based game, with good half-backs that kick, and a good back three that kick.

"They have a big forward pack so setpiece will be important. They're looking pretty strong this year with 10 wins from 10.

"We'll be turning up against a team at Welford Road that's full of confidence with a game style that's currently working for them. We'll have to be ready for that, which we will be, and see if we can counter it in some way.

And while Leicester's gameplan has proved formidable with a 100% record in their 10 games this season, Friend says he and his players will stay true to their own philosophy.

"We've got to be us, that's why you have an identity.

"You have an identity because you believe in it and you train for it, and it's what you do. Similar to Leicester having an identity, which they do. I don't know what words they use but you can see the way they pay. Everyone knows what they try to do, and they do it very, very well.

"We have an identity which we talked about which we're working hard to make sure we put out on the pitch every single game, and I think we're getting better at.

"We have to respect the strengths they have, which we will, but at the same time it's more about us and what we do and how we play our game." 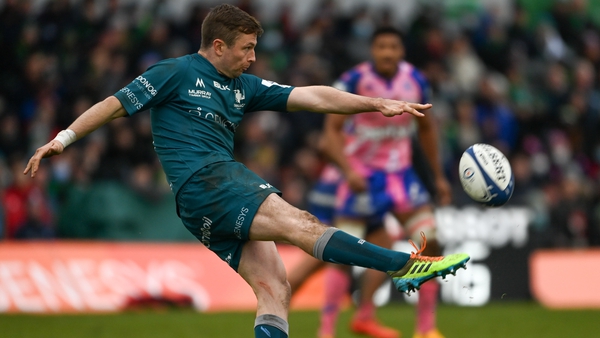