His esteemed back-row colleagues may be collecting man of the match awards and endless plaudits, but Rhys Ruddock is quietly getting on with business.

The 31-year-old watched on as Jack Conan, Caelan Doris and Josh van der Flier impressed during Ireland's Autumn Nations Series, and recent outings against Connacht and Bath would suggest that the 27-cap international knows standing still is not an option.

Waiting in the Leinster wings are Dan Leavy, Will Connors, Scott Penny, Josh Murphy and Max Deegan, all gunning for a starting shirt too.

But Ruddock, who on his 52nd European appearance captained the Blues to a 45-20 win over Bath on Saturday, is the man in possession and after putting in another big performance, turned his attention to the trip to Montpellier on Friday. 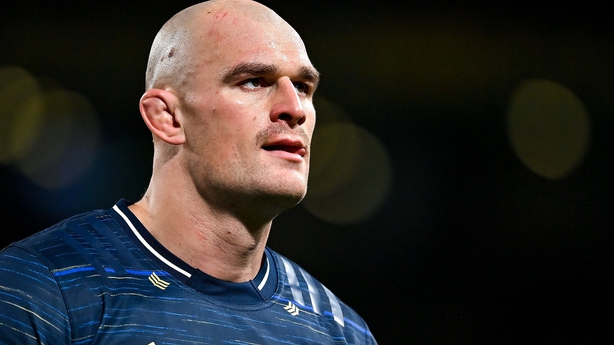 "I definitely enjoy the challenge over there against big, physical French teams, especially for a pack of forwards," he said after a shift that would no doubt have impressed head coach Leo Cullen.

"Everyone is looking forward to putting their hand up this week and getting that chance.

"As Leo said, this year more than the last few times we have played them, they are stacked, going well and full of confidence so it’s a challenge that we need to respect but excited about taking head on."

Reflecting on the seven-try to two win over the Premiership’s bottom team, Ruddock was inclined not to place too much stock in the result, given Bath’s troubled start to the season.

"I think everything we spoke about there was with regards to our performance," he said.

"Regardless of the scoreline when we are making those uncharacteristic mistakes, those lapses in focus and we take our foot off the gas so I think there was a lot of good things especially in the first half.

"But even looking at ourselves regardless of the result we feel that we are not quite where we want to be.

"It’s only round one. There is a short turnaround to a massive game in France, rest up and then try and come in with the right attitude to getting better for next week." Philippe Saint-André’s side were hammered 42-6 on Saturday night by Exeter and Cullen got the feeling they were stacking the deck for next Friday night.

"We've come through the game in a reasonably clean bill of health, so it's just about building now into next week," the head coach said.

"I think we'll need to put in a much better performance, because Montpellier picked a bit of a scratchy team for [Saturday night’s] game, but they've been going very well in the Top14 and you look through their squad, they have a ton of experience and a ton of top-end talent as well.

"It's a great challenge for us, going away to France is always tough

"I’ve watched a lot of them and we have played them in recent seasons as well so we have a reasonable idea but they are very pragmatic in the way they play now.

"I remember Phillipe Saint-Andre in his Sale days, I was in England playing for Leicester at the time, so that type of game that they will play based around forward power and momentum so we will need to get ourselves right for that physical confrontation.

"They have some big bodies that are used to playing big bodies week in and week out in the Top14.

"They kick the ball a lot as well so we need to be ready for that aerial challenge that we think will come." 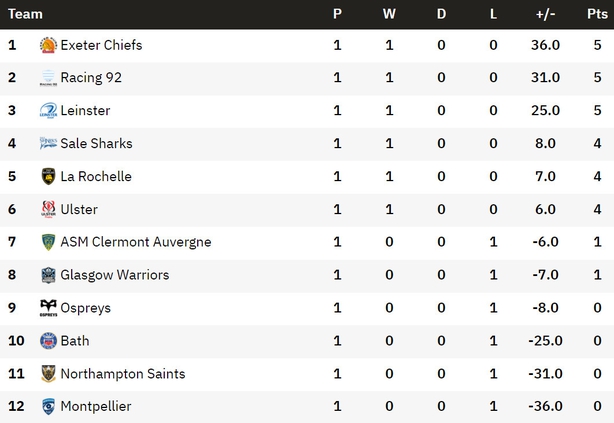