Ulster head coach Dan McFarland was ecstatic after his side got their Champions Cup campaign off to a flying start with a first-ever victory in Clermont.

The 29-23 win could prove to be a turning point in Ulster's season, with the Irish province now in a strong position in Europe and a home tie against Northampton to come next weekend.

McFarland was impressed with the character shown by his side, and said: "It's obviously a terrific achievement to come and win in Clermont at any stage for any team.

"They are a great team. They are probably not playing their best rugby at the moment, but they still have the same players who are able to do amazing stuff.

"I thought we played really well in the way we controlled the game. The bottom line is we've got a lot of lads out there who aren't maybe considered our starters but have been performing really well.

"They were magnificent today. In the game itself there were a litany of things which were difficult to deal with in terms of Michael Lowry going off and Rob Balacoune going off.

"I'm so proud of the lads and what they've done today. That's really a victory that we should be proud of.

"The bottom line is the last time we came here we played really well in the first half and then the game slipped away from us just after half-time.

"Good teams are able to squeeze you in that period if they are a little bit behind, and today they did squeeze us in that third quarter.

We can't get ahead of ourselves

"Ultimately we were able to get back into the game with some good team play and some huge individual play as well."

Despite the impressive nature of the victory, McFarland insists his side will not be getting carried away.

"We can't get ahead of ourselves," he said.

"We've got Northampton next week who are going to be desperate to stay in contention after losing to Racing. We will need to be at our best and we need to keep improving to be successful in this competition." 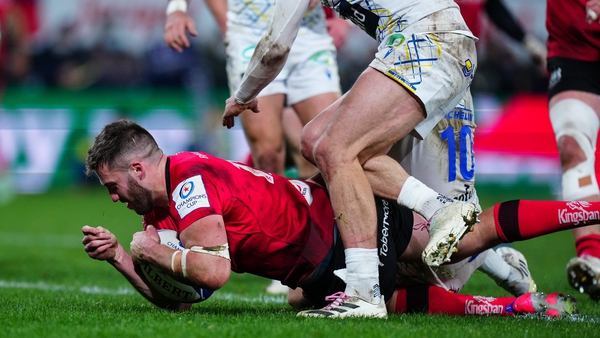