Robbie Henshaw says he's hoping to pick up where he left off when he makes his first appearance of the season tomorrow.

The Leinster centre joins Garry Ringrose in midfield for tomorrow's meeting with Argentina (live on RTÉ2 and RTÉ Player).

Having been given extra time off this summer due to his three Test appearances for the British and Irish Lions, a foot injury saw Henshaw miss Leinster's opening United Rugby Championship fixtures, as well as Ireland's November opener against Japan.

The 28-year-old was available for selection for last week's victory against New Zealand, but his lack of game time this season stood against him as Bundee Aki got the nod alongside Ringrose.

"It was tough not to be involved," he says, having also missed out on Ireland's win against the All Blacks in 2018 due to injury.

"It was just a special performance, one that was definitely coming. You could see through all the work within the squad that this (performance) has been on the horizon for a long time. You could see glimpses of it in the last game of the Six Nations against England; this was a step up on that. It was great to be there to watch it."

"I was nervous enough actually because it was out of my control. So there was a bit of nervous energy. But there was unbelievable excitement when Caelan Doris went over for his try. I was up off my seat, cheering. It was brilliant."

Henshaw was one of Ireland's standout players in the 2020/21 campaign, carrying that form into the Lions tour where he started all three Test matches of the 2-1 series defeat to South Africa. 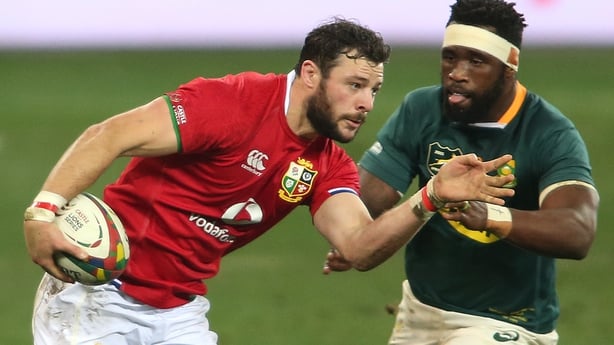 Despite going straight into international action with Ireland tomorrow, the Westmeath man says he's confident he can live with the pace of the game.

"It's about just taking off where you left off from.

"I have had that history before where I haven't had a lot of time to get myself ready to be ready for big games. It’s been there before.

"Looking back at the lads who were touring in South Africa, they have only played about three or four games more than me. It’s great they are not too far ahead."

Having watched on from the stands for Ireland's wins against Japan and New Zealand, Henshaw will have seen the pace and accuracy with which his side have been playing.

Maintaining that accuracy with four changes to tomorrow's team is a challenge he says the players have to meet.

"The staff, the coaches expect us to play like that every time. You can't play perfectly every time but the last two weeks have been great, we have been really accurate, so I think that can be the focus for us, to put in the same level of performance.

"We want to continue to be accurate, to be disciplined, to not give away too many penalties, to take our chances when they come.

"We definitely have eyes on the World Cup in '23 so it is building foundations and building slowly from here to then.

"Through injury there has been changes this week. That will happen in competitions and in a World Cup. It’s more so the onus is on us as players. You need to be 100% ready and all in from the get-go. That’s a huge focus in the squad: that you can be called on any time and you have to be able to execute.," he added. 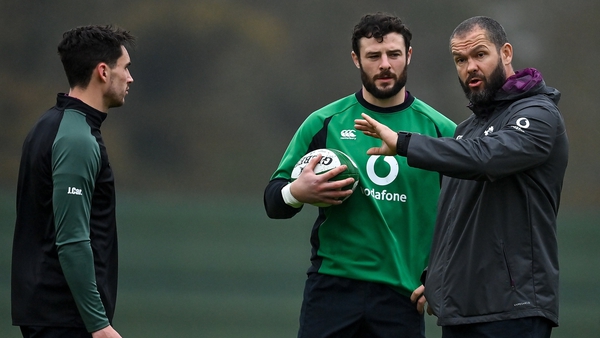 'Selection should be difficult' - Andy Farrell challenges players to impress