What a weekend for Irish rugby.

Beating New Zealand was unheard of in the previous decade, but now Ireland have done it three times in five years.

Admittedly, the All Blacks won the most important clash in that time, at the World Cup, but to beat them again, in the manner that Ireland played, was incredible to watch.

Ian Foster's side used a kicking option in their first four attacks against Ireland, who usually go for the aerial route to upset a team that is stronger than them.

Ireland were the team shifting the ball and continuously moving the point of contact to disrupt their opponents' dominance and physicality. It was like a role reversal.

Andy Farrell's side may not have been rewarded with lots of scores in the first half, but they had all the territory and possession, battering the New Zealand line and causing the All Blacks to make 160 tackles in one half of rugby. 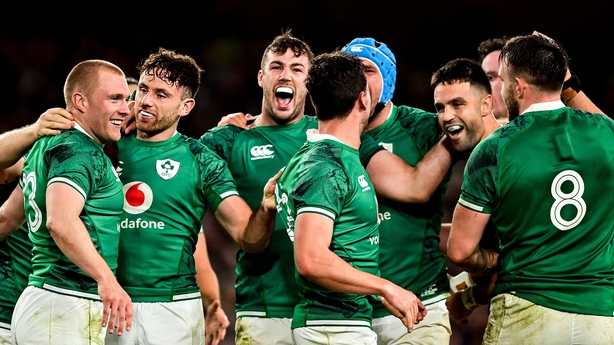 It's usually the other way around, where Ireland might still be in the game, but you'd know that New Zealand were banging the door down.

The visitors resorted to late hits on Johnny Sexton and desperate attempts to get under his skin to upset the Irish rhythm.

These acts might be seen as a competitive streak to stay on top and the ruthless nature of how they play the game, but when they came out on the wrong side of the result it makes you think how much Ireland really took it to the best in the world, and how distressed they were.

There were some unbelievable performances from the men in green.

Caelan Doris was deserving of his man of the match award, but Garry Ringrose, Jamison Gibson-Park and Jack Conan could easily have gotten it too.

Tadhg Beirne fully vindicated his selection and Andrew Conway went about his usual approach to the basics that make such good players.

The challenge for Ireland now is to come down from such a high and perform against Argentina, a team that have caused us plenty of heartache and frustration. 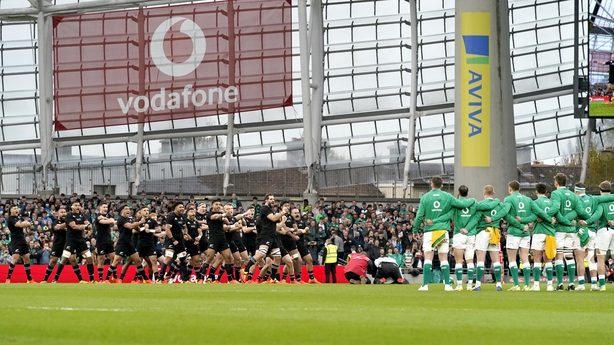 I was worried that Ireland were set up for a fall after the comprehensive win against Japan and that the All Blacks would provide the humility that half of the Irish public were expecting.

But they didn’t, which means that the Pumas shouldn’t cause Ireland trouble this weekend either if they are to achieve the consistency that Farrell is looking for.

Ireland are in a much better place to deal with physical teams such as Argentina.

By pushing more passes, and increasing the pace of their game, Ireland allowed themselves to get in better positions to stretch the defence, which gave them softer shoulders to run into when they did have to punch through the middle.

Mario Ledesma's side, who beat Italy 37-16 on Saturday, are a team that can play physically but with high levels of skill too, and now Ireland will be able to move them around more instead of getting frustrated by their physical strength.

Los Pumas are currently in eighth place in the world rankings but regularly lose out to the southern hemisphere teams in the Rugby Championship, in top tier matches.

You’d expect some changes for the next game to keep developing the Irish squad for the World Cup in two years.

It sounds as though Farrell and his coaching team are developing an environment that allows the whole squad to thrive and enjoy their rugby.

A few changes from a squad with this much depth shouldn’t get in the way of their sixth home win in a row and their eighth straight win in total.

Ringrose will more than likely sit the next one out, considering how much he put into the All Blacks game and how important he now is for Ireland.

He took a heavy knock when Jordie Barrett was charging at the line, so you’d have to expect him to take a rest.

I’d love to see Ciarán Frawley taking up the playmaker role in the centre with Bundee Aki pushed to outside centre.

It gives a better balance than Stuart McCloskey and Aki, although Aki showed his playmaking abilities too for James Lowe’s try.

It’s important to see where Simon Zebo stands in Ireland’s plans too, so I’d expect him to play a role against Argentina, possibly at full-back to give Hugo Keenan a well-deserved rest.

Change is needed in the half-backs too. Sexton has been crucial for Ireland in the last two weeks, but Joey Carbery needs to start, and Harry Byrne requires some time off the bench.

Craig Casey could do with some game time at scrum-half and would swap in quite easily in place of Gibson-Park, but Conor Murray will be expecting the nod too after a late start to his season following his Lions campaign.

For now, Gibson-Park has done enough to be in the driving seat going into the next Six Nations and I’m sure he’d happily take a week off after his performance last weekend.

Gavin Coombes would be doing well to return after his illness, but it would be a popular selection considering the last 18 months that he’s had and the Irish front row needs some experimentation too.

Some other selections will depend on the most important changes that need to be made.

Peter O’ Mahony could well come in as the experienced head in the pack if the likes of Dan Sheehan, Tom O’Toole and Coombes get the nod.

The scrum-half pick might be dependent on which out-half plays, possibly keeping Murray’s experience to liaise with Byrne’s introduction.

It’s an exciting selection for Farrell to make and it will be an easier conversation to have if he is leaving some experience out of the team after beating the three-time World Cup winners.

There still needs to be a level of experience and game time for senior players who have lost out; it’s not a case of throwing out every second-choice player and hoping for the best.

The team needs consistency and getting three wins out of three in a tough autumn campaign is crucial to the confidence of this group heading into the 2022.

However, now is the time to see what we have in terms of depth who is ready to make a push for the Six Nations squad.

After a physically and emotionally draining test match against New Zealand, some new voices and fresh bodies could keep this Irish momentum going to finish the calendar year on a high.

Offloading in vogue as Munster join the party