Andy Farrell’s side produced one of their best ever showings to record just a third win over the All Blacks in a thrilling 29-20 triumph.

"I’m very, very proud," said the captain. "Very proud of one to 23. I thought we played some great stuff in the first half. I don't know how we went in 10-5 down at half-time.

"We were brave with some of our calls. In hindsight maybe that first penalty we should have taken three [points] but they had a player in the sin-bin and I thought let's have a go." 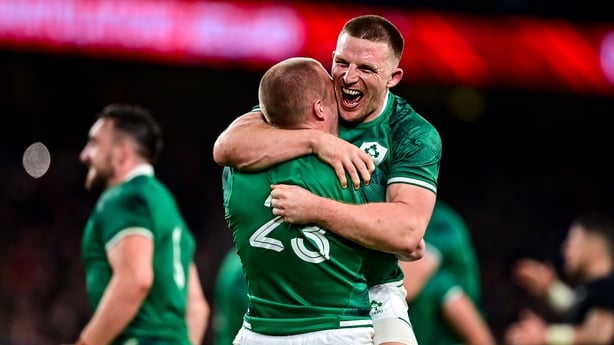 "Belief comes from looking across and making sure you can trust your team-mates to prepare well and show up on the big day," he said.

"That's where belief comes from.

"We didn't have that because we hadn't done that consistently enough as a team last year. Six Nations, we had a tough start but we've won seven on the bounce now so there is that belief now that if we can play our best, then we can get good results.

"No, we've got to get it out here and show we can play well and see what we can do. As Faz said, it's making sure you do all the things you have to do and then the results will look after themselves." 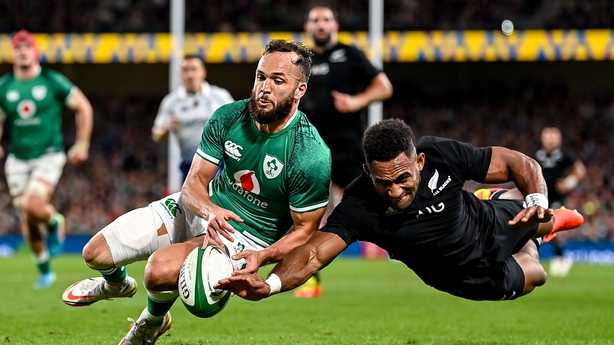 "Obviously, this being a peak is no good to anybody.

"There's lot of room for improvement - we need to keep our feet on the ground and keep driving this.

"There's a lot of young guys, very young, a lot younger than me, and they need to realise that this is still a start and we need to keep building.

"The great thing about beating New Zealand is that it gives a lift to the country, but you don't win a trophy and you don't have something to show for it, as such. As happy as we are, we need to push on."

Listeners to the ref mic would have picked up number exchanges on the field, including an x-rated comment directed at Sexton by Dane Coles.

"I wasn't trying to say anything out of line, I don't think. I will have a look, it's always something I'm trying to work on - that communication with the ref.

"We'll see how it went, it maybe boiled over sometimes towards the end of the first half when I felt we had the ball and we weren't getting rewards for it."

The 36-year-old, winning his 101st cap, was replaced by Joey Carbery with 15 minutes to play.

"It’s hopefully okay, I just twisted my knee and was struggling a little bit after half-time with it but we'll see tomorrow."

Ireland face Argentina next Sunday at the Aviva in their final Autumn Nations Series game.

Outstanding Ireland too good for All Blacks