The Irish Rugby Football Union reported a deficit of €10million for the year ended 31 July, 2021, according to its financial statements, which were released today.

That figure follows on from a loss of €36million over the preceding 15 months.

Out-going chief executive Philip Browne said that the organisation would have suffered additional losses had it not been for the government funding and money received as part of the Pro14-URC CVC deal.

The union said its "income increased from €79.2million to €84 million, due primarily to broadcasting income from two postponed Six Nations matches, the receipt of €13.2million from the PRO14 CVC deal and €18.2million in government funding and assistance in relation to wage subsidies and other government initiatives."

During the period the IRFU provided €27million of special Covid funding to the four provinces and €4million to the club game, it added.

The governing body said that game costs increased by almost €20million, to just over €68million reflecting amongst other things, the financial assistance provided to the provinces during the pandemic and added its reserves have fallen from €98.6million to €52million since April, 2019. 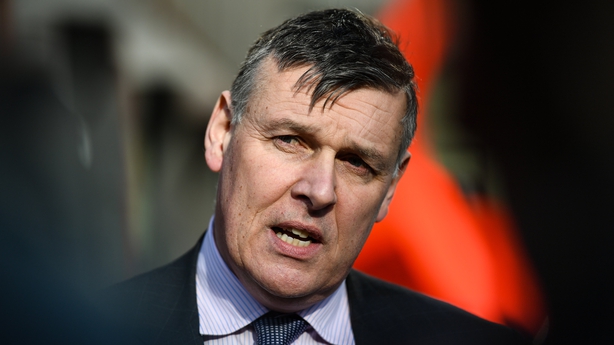 Browne, who will step down from the role at the end of the year, said: "Covid-19 has had an enormous impact on the IRFU.

"While our deficit has been reduced to €10million in this period, the Union would have experienced a loss of over €43million had we not had the assistance of the government and the funding from the CVC deal with Pro14.

"Irish Rugby thanks the government, and Sport Ireland, for its support.

"This has been a difficult time for everyone, particularly those who have experienced illness and the loss of people due to the pandemic.

"The IRFU is emerging, with the rest of society, into this new environment and I want to thank everyone, from staff to players and coaches and volunteers across the entire rugby landscape for their time, patience, assistance and understanding at this extremely difficult time.

"There are brighter days ahead."