Michael Hooper insists he will not be burdened for the renewal of Australia's rivalry with England by the "inferiority complex" that Eddie Jones claims drives his compatriots.

Jones made the remark as he outlined the importance of the fixture to the nation of his birth, insisting that the success of their season hinges on Saturday's Autumn Nations Series clash.

Hooper rejects the big brother, little brother dynamic suggested by England's head coach but is preparing his tourists to enter the lion's den at Twickenham.

When asked if Australia have an inferiority complex, their longest-serving captain said: "I don't feel that way.

"What an occasion it's going to be. Understanding what the scene is going to be like is important. This will be a level up on Scotland last weekend.

"We've got a lot of players who haven't played up here so we need to understand that the crowd is going to be vocal and loud. It's about using that to an advantage at times.

"It's the XV of us out there and then the reserves with the finishers to come on, so it feels like it will be pretty lonely in there and that's a great place to be.

"There's a lot of history, recent and much longer history as well, between these two teams which is fantastic.

"For us in our journey it's about laying down a performance that we're really proud of and our fans are proud of. It's going to take some doing, there's no question."

Australia have lost all seven encounters against England since Jones took over in 2015 but Hooper insists that dismal sequence is irrelevant to the Cook Cup showdown.

"I don't think England are our most difficult opponents - we face the Kiwis three times a year and the record hasn't been amazing there," Hooper said.

"The team changes every year as to who is playing on the field. Our record hasn't been great but every new game is an opportunity and the ledger is all-square when we run out there.

"Previous games don't really factor into this. Saturday is a new day.

"This game is important to our fans back home and over here as well and we want to put out a performance of which they're proud."

England forward Ellis Genge has been ruled out following a positive Covid test.

Genge is the second loosehead prop to go into self-isolation after Joe Marler was also forced to miss the Cook Cup clash at Twickenham.

"No other positive test results were received among players or staff. The group has undergone an additional round of LFT and PCR testing today.

"The squad have trained this morning at Twickenham Stadium ahead of tomorrow’s match." 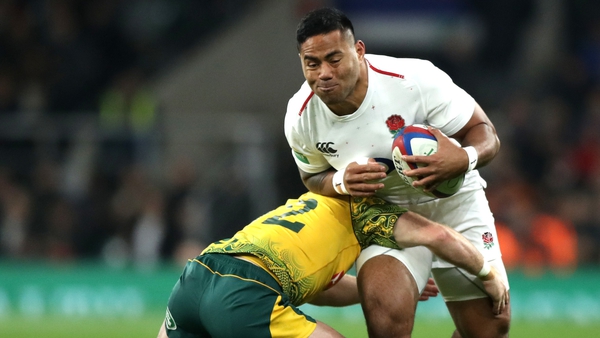