Steve Hansen strode into the home dressing room at the Aviva to face a sea of devastation.

Moments earlier his New Zealand outfit had stolen victory from the jaws of what would have been a first ever defeat to Ireland.

Leading 19-0 in the 26th minute and by five points with the clock in overtime, Ireland couldn't hold on as a late converted try sealed a 24-22 triumph for the All Blacks, who completed a perfect 2013 calendar year with 14 wins.

Ireland had been close before.

To make matters worse in the 2013 renewal, Johnny Sexton had missed a straightforward penalty that would have ensured the visitors needed two scores to win.

"There were a lot of scars for me," said Sexton earlier this week.

"We missed a shot at goal that would have put us two scores clear with probably eight minutes left... that was a huge scar."

Ireland still had possession inside the opposition half with 28 seconds left but conceded a penalty that allowed Richie McCaw and his invincibles to mount one final attack.

That ended almost two minutes later with Ryan Crotty touching down in the corner and Aaron Cruden’s conversion, at the second attempt, breaking Irish hearts.

An air of pent-up expectation and excitement was suddenly sucked out of the Aviva as the majority of the 51,000 people sat back down in their seats in disbelief.

The scene of sporting ruin was multiplied a thousand-fold in the dressing room where the likes of Brian O’Driscoll and Paul O'Connell knew they’d never get another chance to take the scalp of an All Black.

One of Joe Schmidt’s co-conspirators that day was fellow Kiwi John Plumtree, taken on as forwards coach for a short spell when Schmidt first took over.

Hansen, knowing his team had just gotten out of jail, approached Plumtree.

"I remember Steve Hansen coming up to me after that game and saying would it be okay to come into the Irish changing-room to have a word to the boys," Plumtree, forwards coach for New Zealand, told RTÉ Sport.

"He said, 'listen boys, bad luck tonight but just use this as fuel to kick on for a really good Six Nations.

"We went on and did really well and won it so it was a good launching pad for us that year. 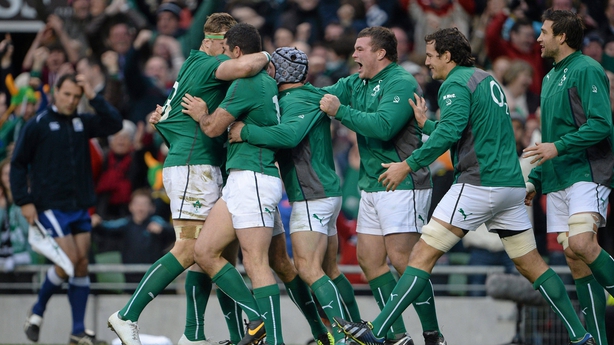 "I remember that game very vividly actually. Greg Feek [former Ireland assistant coach, now in the same role with New Zealand] and I talk about it a bit.

"The week before we got absolutely belted by the Australians [32-15] and I think the All Blacks probably came to the Aviva Stadium that day thinking we weren't that good.

"Our preparation that week, we were pretty annoyed with how we played against the Australians that weekend and had a great build-up.

"The All Blacks were finishing their northern tour as well that week and being part of that Irish group it was pretty primed to do a job that week.

"We played some pretty good footy in the first half.

"Second-half we didn’t play quite as well and I think our bench wasn’t as good as we felt it might have been and Johnny missed a crucial penalty that probably would have nailed it and that gave the All Blacks a bit of hope and belief. 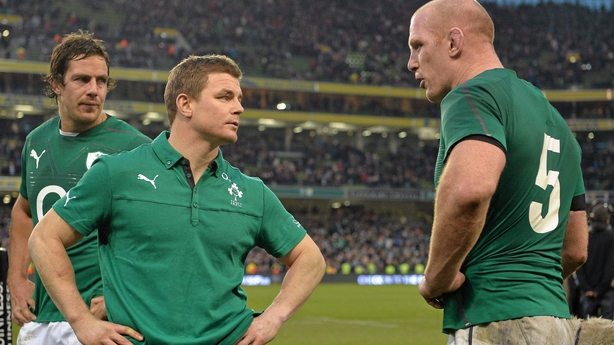 "The last few minutes of that game were pretty frantic.

"I can remember a penalty being awarded, a quick tap and next minute Dane Coles had put Ryan Crotty into a hole and they scored.

"And that was it.

"It was a pretty tough one, I was annoyed after that. [There’s] nothing like coaching against the All Blacks and doing well but I suppose it wasn’t meant to be."

Ireland had to wait another three years to get the monkey off the back, a 111-year wait for a Test victory over the All Blacks, with a 40-29 win over New Zealand in Chicago.

But the performance that day in 2013 in Lansdowne Road set Ireland on a path where they would pick up the next two Six Nations titles and ushered in a hugely successful period with a Grand Slam capping it off in 2018.

"That Irish team really built real belief, they did well in the Six Nations, winning another one before they beat the All Blacks," added Plumtree.

"It was a really experienced squad and it probably wasn’t a surprise that they had that type of success."

Back to the present day and New Zealand have won three from three already on their tour but were unconvincing in last weekend’s 47-9 win over Italy, while Plumtree was impressed by what Ireland achieved in the 60-5 win over Japan.

"They were pretty brutal, particularly around the contact area, they really out-muscled Japan," he said.

"That score surprised a lot of people, so it shows what type of form they're in and what type of challenge it's going to be this week for us.

"We're in a rugby-mad country, we know that they're after our scalp and we are looking forward to it.

"That's when the All Blacks are at their best, when their backs are against the wall and we have to come out swinging.