Eddie Jones is intent on shielding Marcus Smith from the hype growing around his England career in the hope he will avoid the "distractions" Emma Raducanu has had to deal with since winning the US Open.

Smith inspired a late burst of tries in Saturday's 69-3 victory over Tonga after stepping off the bench to a roar from a sold-out Twickenham eager to see the Harlequins ace weave his magic.

It was only his third cap and, even allowing for the limited opposition, it was an exhilarating cameo that is likely to see him given the role of ringmaster when the Autumn Nations Series continues against Australia.

But Jones is mindful that the 22-year-old’s head might be turned by the trappings of success after noting how British tennis star Raducanu, 18, has accumulated endorsements but not more silverware since being crowned US Open champion in September.

"The distractions could be the exposure they get in the media, the praise they get, the criticism they get. There can be groups of agents who see this guy as the next big thing.

"There’s a reason why the young girl who won the US Open hasn’t done so well afterwards.

"What have you seen her on – the front page of Vogue and Harper’s Bazaar or whatever it is, wearing Christian Dior clothes. All that is a distraction around her. It might not be to that degree with Marcus, but potentially it could be.

"So the guidance we can give him when he’s with us, the guidance that he gets from Harlequins and the guidance he gets from his parents – who I know, fortunately, are very good people – will be important so he can keep his feet on the ground and keep impressing as a rugby player.

"Marcus is grounded, but they all start out grounded. No-one starts with their feet off the ground or they don’t get in the team and they don’t win a US Open.

"They all start grounded, but there are a flood of distractions which come in, which can make them ungrounded."

While Smith was showing against Tonga why Warren Gatland views him as a future "superstar of the game", a more seasoned campaigner was busy relaunching a career that had stalled.

Jamie George was not even considered to be among England's top three hookers when he was overlooked for the autumn squad, paying the price for a period of indifferent form including on the British and Irish Lions’ tour of South Africa.

But when Luke Cowan-Dickie incurred an ankle injury, George’s experience propelled him back into the front row and he celebrated his 60th cap with two tries to complete a remarkable turnaround just three weeks after being told he was out.

"It did take me by surprise. I actually missed Eddie’s call, which was awkward. Then I had four missed calls. The writing was on the wall at that point," George said.

"It was tough. I found it really challenging. He said to me I have not been up to speed for up to a year, which gave me an opportunity to go back and reflect on that. I had a lot going on in my mind.

"Maybe I didn’t do that last year to the best of my ability but at the same time I haven’t changed anything. All I’ve done is go back to realising what I’m good at and trying to put that forward onto the field." 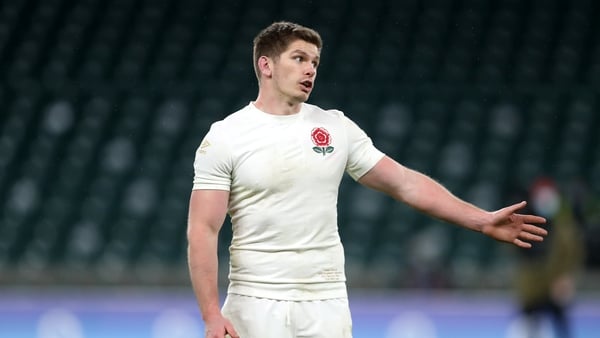