Set to win his 100th Ireland cap on Saturday, Johnny Sexton concedes he never thought it a likely milestone.

The out-half will join an elite club when he reaches the century with only Brian O'Driscoll, Ronan O’Gara, Rory Best, Cian Healy, Paul O’Connell and John Hayes further up on the list.

And of that illustrious list only prop Hayes made a later start in international rugby, earning his debut aged 26 before becoming the first player to hit 100.

Now 36, the Leinster man has suffered his fair share of injuries over a career where he has won multiple club and international honours, a fact that makes his achievement, if he is selected to face Japan, all the more special.

"No," is his simple reply when asked if becoming a centurion ever crossed his mind all those years ago.

"When you get your first cap as late as I did, I know it’s not really old, but compared to some other lads who get capped at 20, 21 [it’s different].

"I had to work a long time to get that one cap and I was unbelievably happy to get the one.

"They are the most special ones. I never in a million years thought I’d still be playing but I think over the last few years I’ve taken it year by year and seen where it goes.

"In the back of my mind I always had it.

"I was gutted to miss the French game last year [in the Six Nations] because I knew if I kept fit and kept my form that I would have played my 100th against England.

"But everything happens for a reason and hopefully getting my 100th cap in front of some people will be more special."

Asked what advice he might have for his 24-year-old self, Sexton smiles: "Don’t take it so seriously... but then you wouldn’t be true to yourself.

"If you are that age and you have the vision to view it as a journey, that there will be ups and downs.

"At the time when you are in that moment it feels like the end, it feels like you can’t come back from this or from that bad journey but it is part of your journey.

"It leads you onto something bigger and better when you do bounce back from it because you learn more though the bad times.

Jonathan Sexton admits he "never in a million years" thought he would make it to Ireland 100 caps, which the 36-year-old will do against Japan on Saturday, 12 years after making his debut. #IREvJPN pic.twitter.com/MMibFAJOYx

Sexton signed a one-year contract with the IRFU in March and will "see how we all are" at the end of the Six Nations next year and while he remains as the first-choice 10 in Andy Farrell’s side he has the ambition to make it to the World Cup in France in 2023.

"At the moment I'm loving it, I'm loving training, my body's good, my mind is good and yeah, in an ideal world I'd love to keep going," he said.

"But what I learned last year is that you can't plan too far ahead, you really can't.

"I had everything planned around what I was going to do on the tour in the summer and then suddenly it's up in smoke, so I'm taking it game by game, campaign by campaign.

"I think the IRFU have been very good to me over the last seven years since I've come back from Paris in terms of like we made a decision at the end of the Six Nations this year, I don't think it will be any different this year, I think we will wait until the end of that and see how we all are.

Surprisingly burned by the Lions in the summer when he had hoped to make it on his third tour, Sexton was then rested for Ireland’s summer Tests, including a game against Japan.

And now, with another comeback on the cards, he also reveals that despite his sometimes grumpy demeanour, he never views his job as a chore. 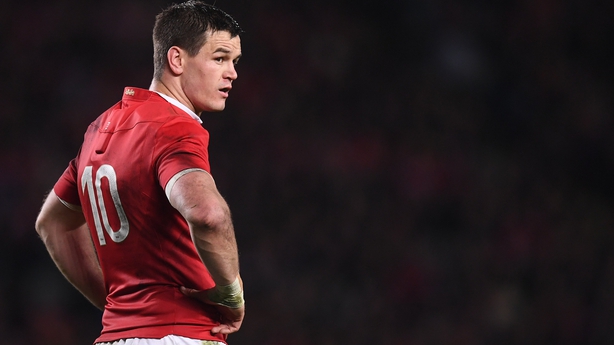 "Definitely it has been a pleasure to have had the career I’ve had," says the Dubliner, who also holds six Lions caps.

"I’m so lucky. I had a brother that had a bad injury before his rugby career even started.

"He’s coaching in Connacht now and I’m reminded every day that coming up as younger players, if you had put a gun to my dad’s head, he would have said that Mark was going to be the one to make it.

"I know every day how lucky I am. It has never felt like a job.

"Like I said before, there have been down times where you go 'is it really worth it?’

"But then you quickly get yourself back off the floor and go again. No, it has been a pleasure."