Springboks out-half Morne Steyn has retired from Test rugby, and will not feature for South Africa in next month's internationals.

The 37-year-old confirmed his decision to step away from the international scene, after a 68-cap Test career, which contained two series wins against the British and Irish Lions.

Steyn, who will continue to feature for the Bulls in the United Rugby Championship, says he's making the decision to spend more time with his family.

"It's a good time to make this decision," he said.

"I think it’s time to call it a day now.

Steyn earned his 67th and 68th caps this summer after almost five years away from the international squad.

He came off the bench to kick the winning points in the 79th minute of the deciding test between South Africa and the British and Irish Lions in August, just as he had done 12 years previous.

Steyn confirmed his retirement from Test rugby shortly before head coach Jacques Nienaber named his 32 man squad for next month's games against Wales, Scotland and England.

Stormers second row Salmaan Moerat (below) is the only new face in the squad, earning his first call-up to the Springboks after impressing in the opening rounds of the URC. 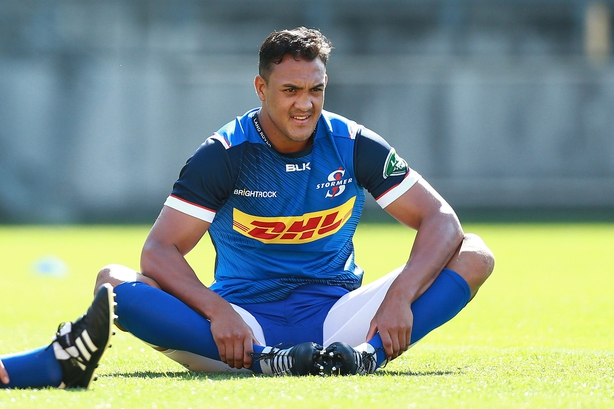 Uncapped scrum-half Grant Williams is also included, having previously called up to the squad as injury cover during their Rugby Championship camp in Australia.

Williams could be in line for a debut on the UK tour, with regular scrum-half Faf de Klerk ruled out with a hip injury.

The Springboks will also be without Cheslin Kolbe, Frans Malherbe, Pieter-Steph du Toit and Rynhardt Elstadt.